London Fat Duck was originally opened by Fei Xiong and Akashi Group. But they split up (any one knows the juicy inside details???). Akashi kept London Fat Duck while Fei Xiong opens Royal London Duck to rival its former partner. The menu items, down to the pricing, are very similar at both duck specialists. Even their locations are near to each other.

In terms of decor, LFD wins. There is something about their high ceiling and nice dark and beige furniture that scream class. RLD, on the other hand, feels very makeshift and rundown even though it’s much newer than LFD. RLD has a space in the middle of the corridor, so passersby can look at what you’re eating; I don’t like a space like that.

In terms of service, both places are very good. They are swift and efficient. Our orders came within 3 minutes of ordering. I do find RLD more approachable, familial, and friendly because they hire aunties, and they remind me of my granny.

Now food. Both Mr Fitness and I agreed that LFD is way better. Mr Fitness said that LFD has umami that is missing from RLD. He lamented, “Why you bring me to RLD? I’m full but not satisfied. Now I feel like going to LFD.”

Midway through the meal at RLD, my face collapsed and I nearly teared like in a Korean drama, and groaned, “I miss LFD!” Then I quickly collected myself. I’m a drama queen.

To be fair, there is nothing wrong with RLD. The duck (LFD $48 whole/ $26 half; RLD $48 whole/ $25 half) is very nicely roasted, aromatic with spices (cinnamon? Star anise?). But the ingredient itself is inferior. LFD gets its supply from this amazing Irish farm, so just under the skin, there is a delightful layer of fat that isn’t greasy. But the duck at RLD, which comes from England, is thin, and bony, and the meat is stringy.

The char siew (LFD $12.80/ RLD $16.80) is also better at LFD. LFD’s char siew has a thin strip of fat running in the middle of every slice. For RLD, although I appreciate the wine-like flavor of the char siew, and I like that it comes in chunks, not slices, more shiok to bite, the quality of the char siew is just inferior to LFD.

What RLD does better than LFD is that RLD is more generous with the portions.

What LFD does very well is that it listens to customers’ feedback. For instance, I posted on my instagram that they only gave a miserly stalk of kai lan with the duck rice. The next time, I went, they were more generous. (Both times, I went anonymously. Most of my reviews are done anonymously.)

Another example of LFD listening to feedback: People complained that the black pepper bun was too peppery, and now they reduce the heat. LFD has really improved with time; every time I visit it, the food gets better and better.

Actually, RLD is not bad, but when you compare it to LFD on a bell curve grading, it loses out. I’ll use an analogy. In the past, there were only small 3-inch kampong bananas, and they were nice. And then Del Monte appeared on the market; their banana is big and has moisture. Since then, I have not eaten a kampong banana. When you have a better option, who in the right mind will return to the inferior stuff as both  parties offer the same price?

We pay for our own meals. Budget at about $30 per pax. 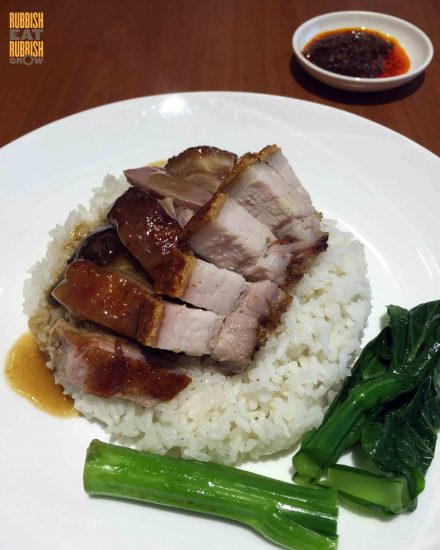 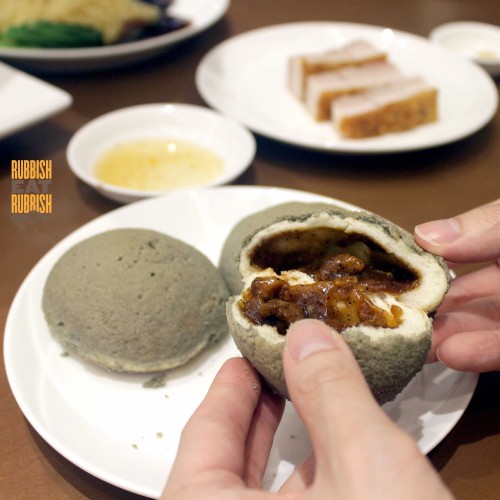 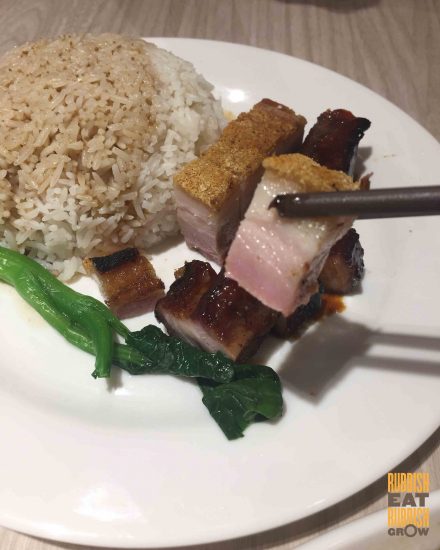 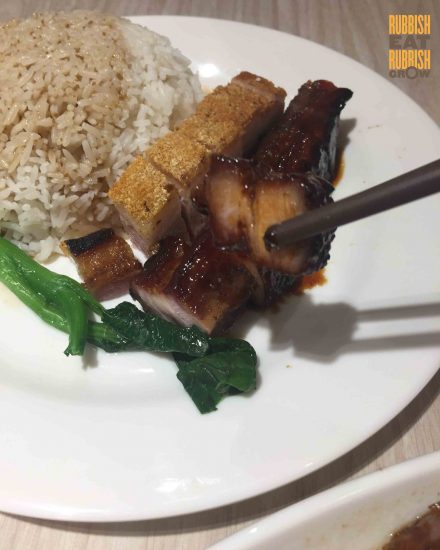