Situated at Tangjia District 唐家区 in Zhuhai，21h书店 is a lovely and quaint bookshop and cafe and air bnb. We stumbled upon it serendipitously; we were having a meal nearby and wanted a postprandial coffee to sit and chat. But when we arrived, it wasn’t opened. We telephoned the owner, who lives nearby, and he came to open the bookshop. According to him, somedays they don’t open, somedays they open for 3 hours, and somedays they adhere to the time.

The bookshop is opened some friends who want a cultural space to hang out, and that’s why their purpose is not about making money. If you follow their official channel on Wechat (id: zh21hbookstore), they host regular activities (discussions, screenings, etc) regularly and you can join them at no cost. Because they are a cultural space, they are LGBTQ friendly. It’s really rare for LGBTQs to have a safe space in China. This is not to say that this bookshop is rebellious and revolutionary and seditious; the bookshop is none of these things. The bookshop is merely providing a neutral, judgement-free zone so that gentle voices can be heard without fear.

The name of the bookshop is derived from a famous educator in China, Fu Shi Nian, who said that we only have 21 hours everyday; the other 3 hours should be used for meditation and thinking.

The space is not big; it is rather homely. On one side of the room, they have some Chinese books for sale and on the other side is their cafe which has some books that you can borrow. See, told you they aren’t interested in making money; they are only interested in breaking even for the rent. 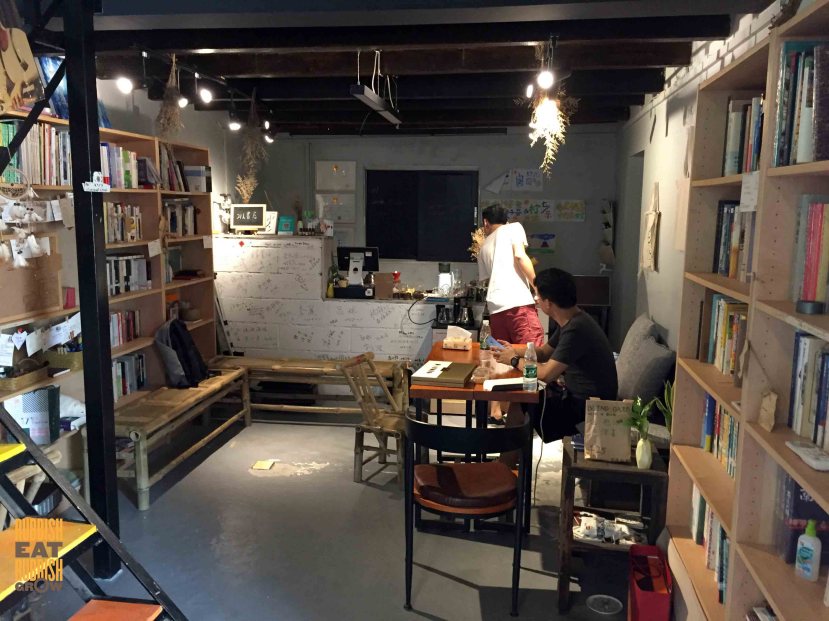 On Da Zhong Dian Ping, an aggregate food review site, where we found 21h, the reviewers said that there are cakes and waffles, but when we were there, there were no confectionary. Or when there was, they were mooncakes made elsewhere. In fact, 21h functions much like a middleperson; buying food from elsewhere and selling them here. The owner is honest about it. Even the drip coffee, he admitted, was bought the day before from another mega bookshop. 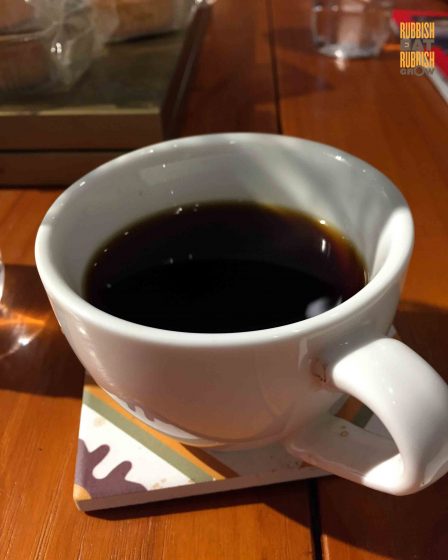 Although the coffee is brought from somewhere else, it is terrible and expensive at ¥18. But the service and ambience make up for it.

It says “The Prettiest Pretty Boy.”

On the loft, they rent out the space for Air BnB. It’s a small space and the mattress is on the floor. The steps are rather steep so you probably couldn’t or shouldn’t carry your luggage up. But it is also cozy.

We like different cafes for different reasons. But for this bookshop cafe, I really, really love it. It reminds me of someone’s home. Although the food isn’t the best, the space gives a safe space for decent conversations. It’s a space that tries improve the human condition without much concern to material gains.

Tagged as: 21h书店珠海, bookshops in zhuhai, cafes in zhuhai