I don’t quite understand the appeal of Hainanese curry rice because, to me, it is just rice with curry that you can get at any caifan stall. But Loo’s Hainanese Curry Rice at Tiong Bahru is a revelation. It’s the best curry rice I’ve eaten. 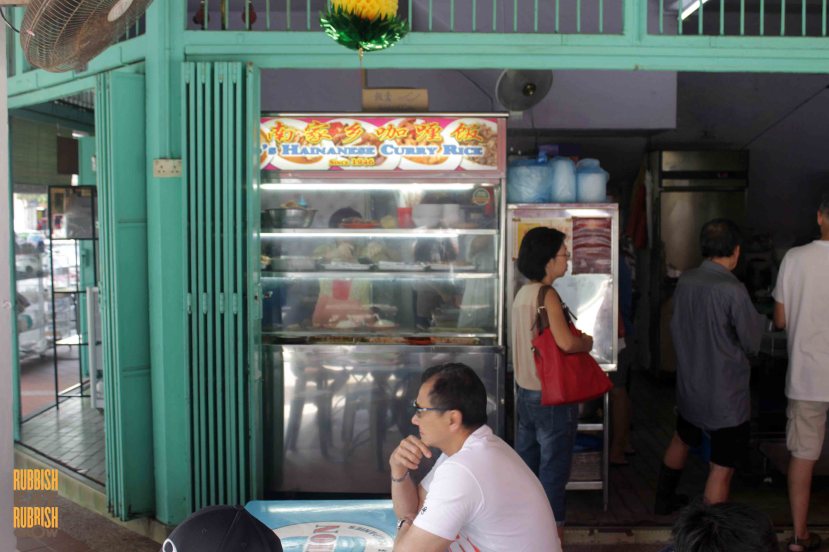 In the photo above, you see people queuing for Sixties Chaozhou Traditional Minced Meat Noodle, just beside the Loo’s stall. Loo’s was established in 1946, and the curry, according to a sign outside the stall, takes days to cook. I firmly believe that curry is best the day after it is first cooked, when the curry has time to absorb all the essence of the ingredients, and when the curry has permeated the ingredients.

As a result of the long simmering, the thick curry is extremely aromatic. It isn’t spicy but you can taste the heavy, pungent spices under the initial sweetness of the coconut milk. 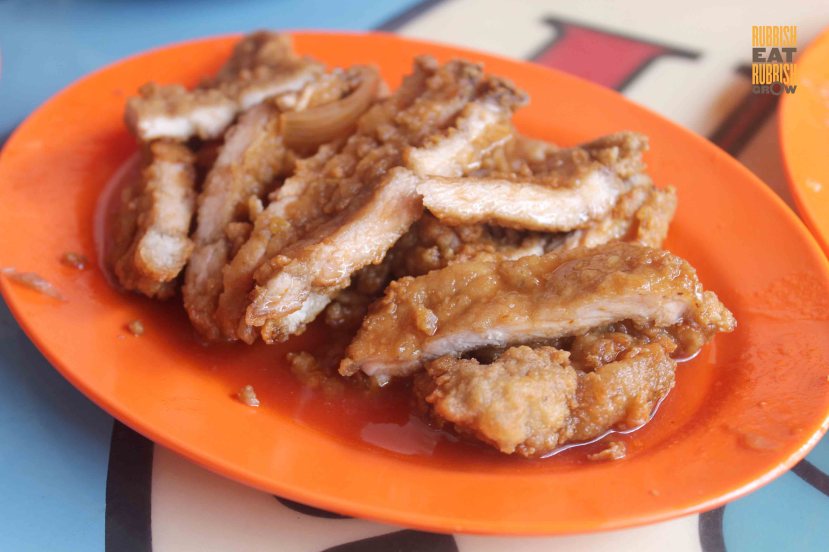 Pork chop is an essential dish for Hainanese curry rice, and a dish to judge the standards of any curry rice stall. Like how my mother does it, Loo’s uses the traditional cream crackers as crust, instead of the modern way of coating with bread crumbs. The pork chop isn’t crispy, but I suspect from the way they drizzle so much sauce on it that they don’t intend it to be crispy. But the pork chop is superbly marinated and the flavors are full and robust, with an underlying taste of (is it?) tumeric.

Another essential dish for Hainanese curry rice, the chap chye here is limp. Although I would prefer it to have some integrity and crunch, I can see the appeal of being able to slurp the cabbage. 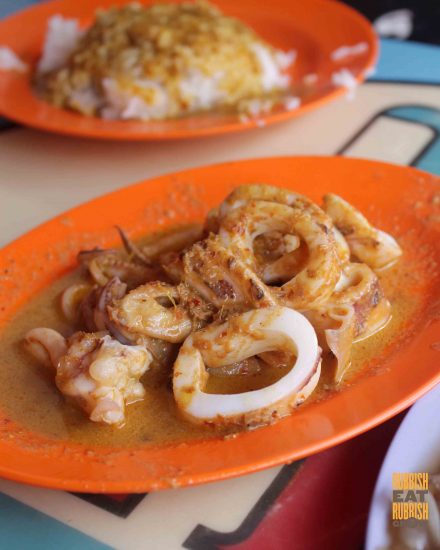 The squid, very fresh, is cooked competently with just the right texture of buoyancy: not too hard, not too soft, with a nice bite.

We also ordered a sunny sideup each, with crispy, fluffy brown edges, that somehow tastes better than the usual, which led Mr Fitness to exclaim, “Even the eggs are delicious!”

We paid about $20 for 3 persons and received a supremely satisfying meal. It’s shiok until…