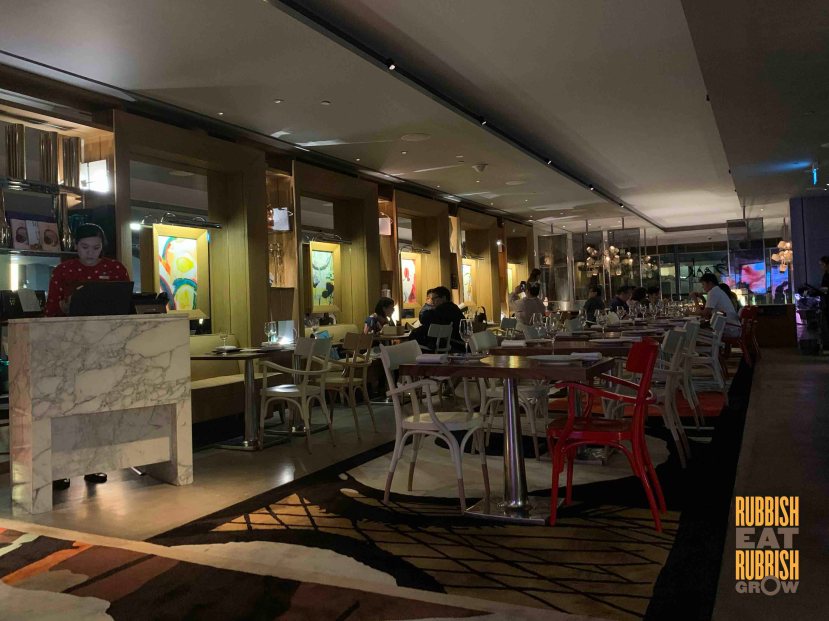 On Christmas, we were at the eponymous restaurant Akira Back housed under JW Marriott Hotel South Beach.

The mastermind behind it is a pro snowboarder-turn-celebrity chef Akira Back who has 16 restaurants (one of which won a Michelin star) and whose real name is Sung Ook Back. He’s Korean-American but his cuisine is inspired by Japanese flavours.

Although it was Christmas, the service staff remained cheerful, professional, and considerate (I’m specially talking about the three female staff, two in “ugly” Christmas sweaters [their theme for the holiday] and the third one, a Korean in uniform, memorised the dishes and informed us about the ingredients, bearing in mind that this Xmas menu was available for two days only).

If I had to work on Christmas, I’d surely put on a black face, but not them. They were SQ flight attendant standards: beautiful smiles and know restaurant etiquette. They served the ladies at our table first, which is how etiquette dictates.

At the next table, one of the female servers greeted the gay husbands, “Happy anniversary.” It was their 15th wedding anniversary. At this moment, I decided that the service here deserves a 10/10. 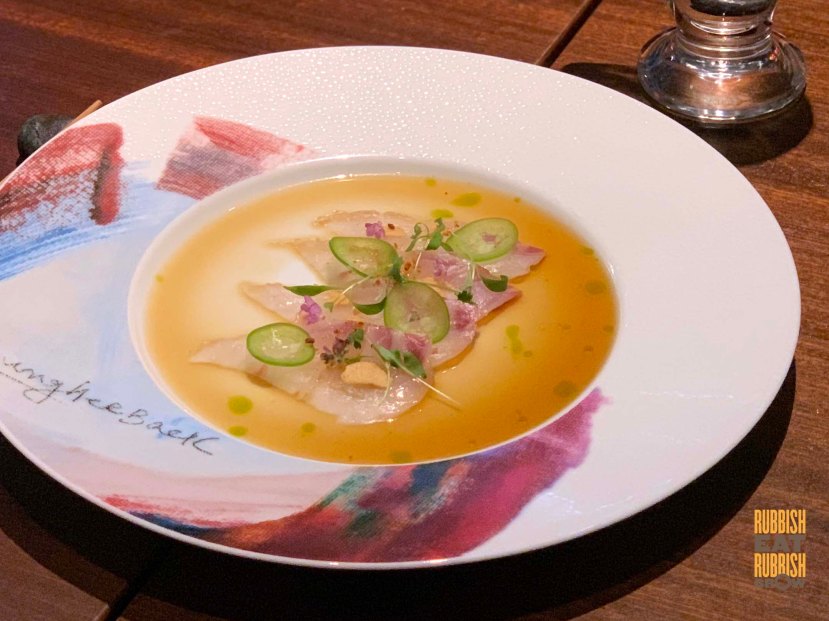 The Christmas menu ($128 per pax) consisted of 7 courses. The standout dishes include:

Aehobak, which is Korean baby zucchini, on a crispy base (fried pita bread? nacho?), like a pizza. It sounds boring but the koku explodes in mouth.

The other dish we like is the corn veloute, so extremely sweet it rushes to the cheeks. But when eaten with the crispy king crab croquette, it becomes more complex, savoury first and slowly mellows down.

Sometimes caviar is added to a dish just to elevate it without any enhancement to the dish but here, the caviar gives the dish a robustness.

The third dish that we like is the tenderloin steak that comes with two sauces, spicy bulgogi and a vinegary sauce (sorry didn’t pay attention to the server).

The beef (probably sous vide, not my favourite method of cooking) goes very well both sauces although the bulgogi isn’t spicy at all. It tastes more like teriyaki?

Tastewise, it’s good if you ignore the description (“spicy”) on the menu.

None of us like the grilled octopus with three sauces. The octopus is too hard and too little to go around for the too-many drops of sauces on the plate. It’s a confusing dish.

Some of us do not like the chazuke (kinmedai and rice with dashi). To me, it’s just a common Japanese dish. But the restaurant is known for its creativity, so to serve a so-so traditional dish seems incongruous with their direction. 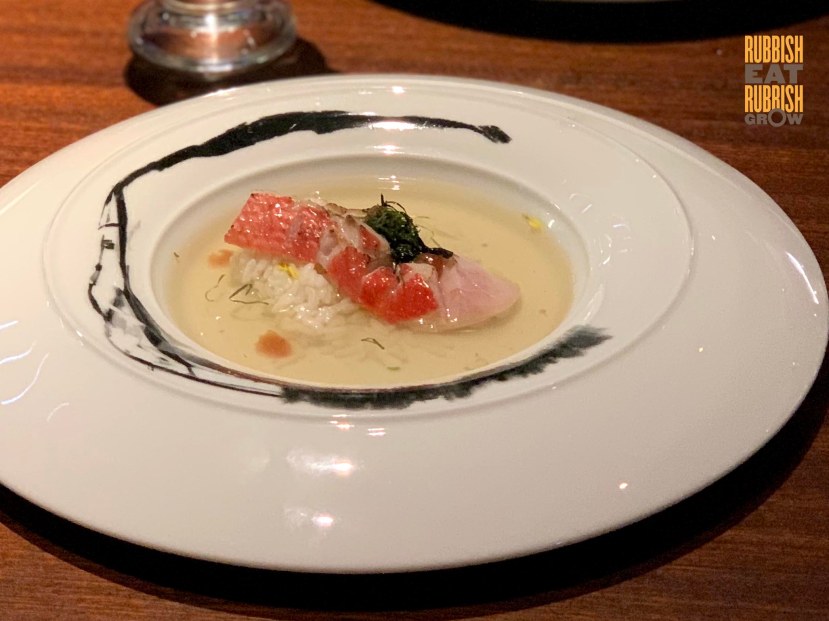 The dessert (pictured below) is as fun as it is delicious. Very cold pear compote with a layer of cinnamon cream is shaped as a Santa’s hat. Love it.

This has been a stellar experience: food, service and ambience. I thank the service and kitchen staff for making it happen. Thank you for your hard work on Christmas.

We paid for our food in our anonymous reviews.