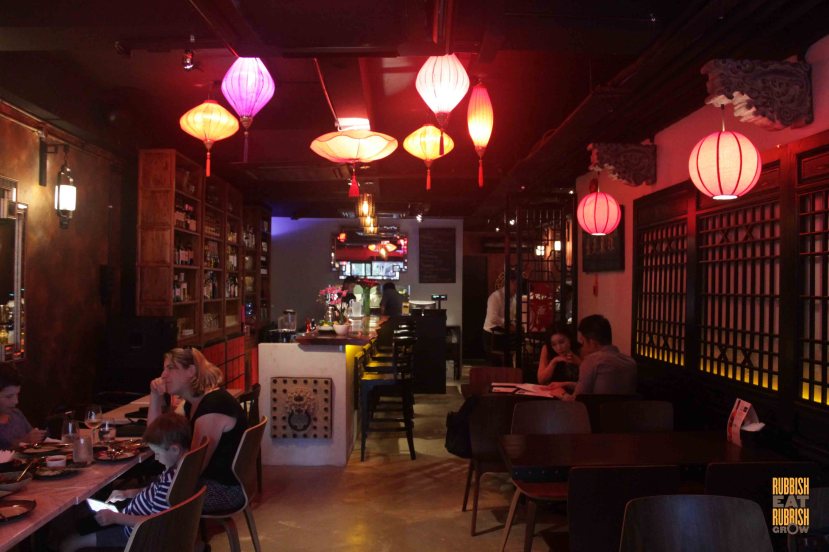 Fu Lin Boat Quay, an Asian tapas bar, originated from Fu Lin Yong Tau Foo, a popular hawker stall established in 1994. Its flagship hawker stall is at East Coast but they have a couple of other outlets. Fu Lin Boat Quay is newly opened in May, the second restaurant-bar by Fu Lin after the one at Telok Ayer. 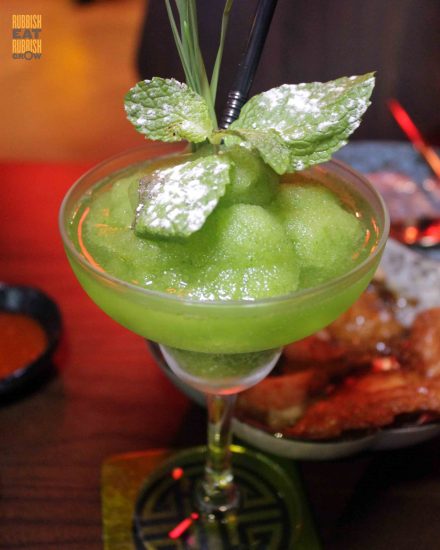 They complement the food with Asian-inspired cocktails by a talented bartender, Andy Lim. Green Envy ($18) is a refreshing drink with a base of pandan-infused vodka and other healthy “greens” like fresh lime juice, aloe vera, mint and wheatgrass.

The other one, Wo De Mei Ren ($18, My Beauty, a Chinese homonym of “Watermelon”) is watermelon juice tinged with homemade lemonade syrup and vodka. We like this one very much; it’s easy to drink. 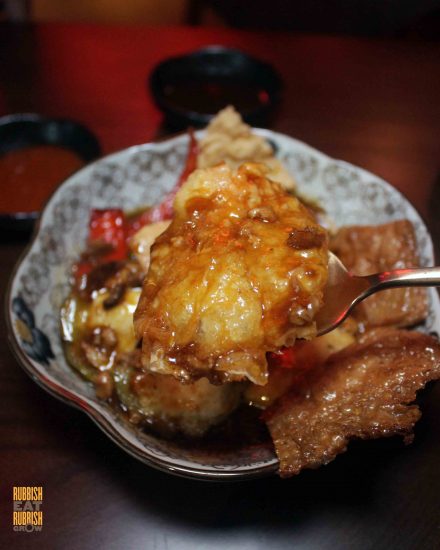 In the day time for lunch, they put out trays of yong tau foo items; it is a yong tau foo stall. At night, it’s a restaurant-bar but they still serve their yong tou foo ($8) with fixed items. They are definitely not your healthy variety; most, if not all, items are deep-fried covered in a thick mushroom-chicken gravy which tastes similar to Ipoh hor fun. The taste is stupendous, out of the world. Even the fishcake is delicious, so sweet and bouncy. It’s fresh ingredients that you can truly taste and differentiate from other yong tau foo.

There is also a noodle ($4), with fantastic addictive ikan bilis. 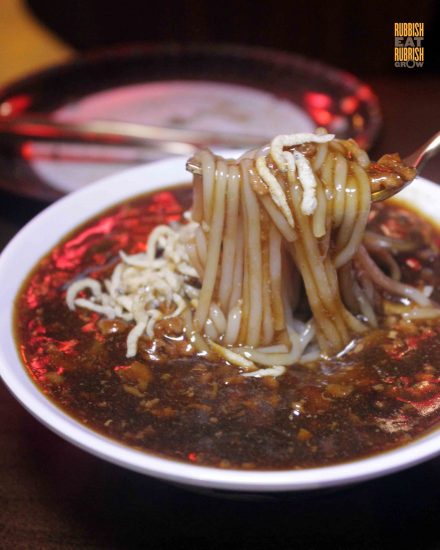 While their Asian tapas sounds intriguing, they were pushing for their Western items and so we tried several. 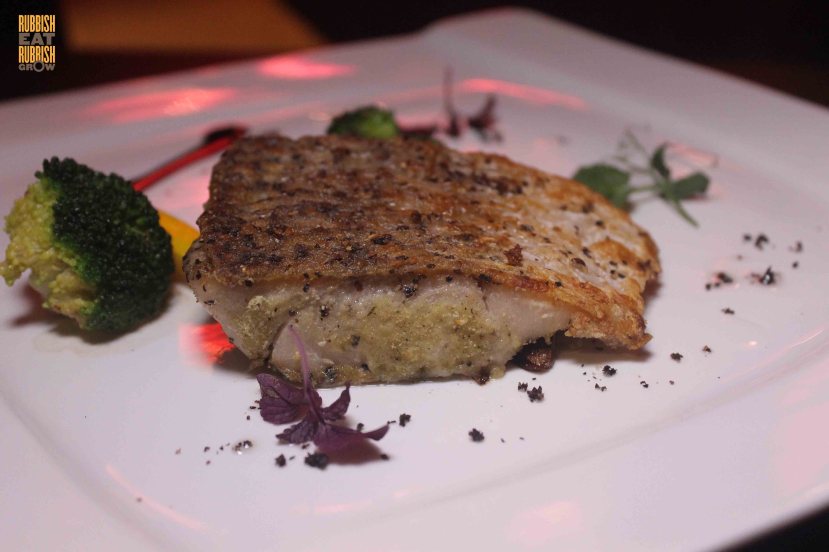 The Western items are competent, nothing amiss. The pan-seared sea bass ($20) is slightly over-cooked and dry, but I love that it’s salty enough, and the pungent roasted Japanese leek lifted it.

The other, Australian beef cheek stew ($24), has a thin veneer of sourness (tasted like vinegar? Worcestershire sauce?), which may be off-putting to some. But since I like sourness, it works for me.

While the Western food is good–their fantastic, original tiramisu is undercut by a refreshing layer of lychee jelly—we thought that Fu Lin suffers from a bifurcated identity. Is it an Asian tapas or a Western restaurant? If it is a Western restaurant, then there is nothing really special about Fu Lin.

We suggest incorporating the Western elements into Asian food. For instance, when I was eating noodles and seabass together, they really worked well together. So maybe they can make the seabass into a sort of Chinese pasta.

The yong tau foo and noodles are exceptional and we would definitely make return visits for them. We’d also return to try the Asian-inspired tapas, which better showcases Fu Lin’s character than their Western food.