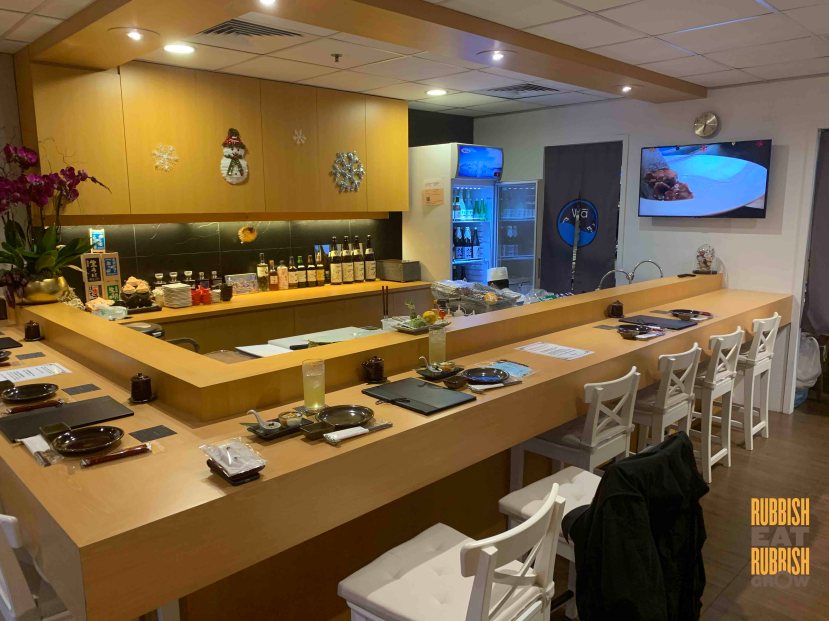 Newly opened on Christmas eve 2020, the 14-seater restaurant Wa-i Sushi at The Scarlet Hotel (Tanjong Pagar, opposite Maxwell Market carpark) serves sushi omakase. The 7-course omakase we had is priced at $200++ per person.

The Japanese restaurant is helmed by two experienced chefs, Simon Lai and Steven Khor, who have worked at Shima, Magosaburou, Sushi Nogawa and Fish Mart Sakuraya. Ingredients are flown in from Toyosu Market (formerly known as Tsukiji Fish Market) three times a week. 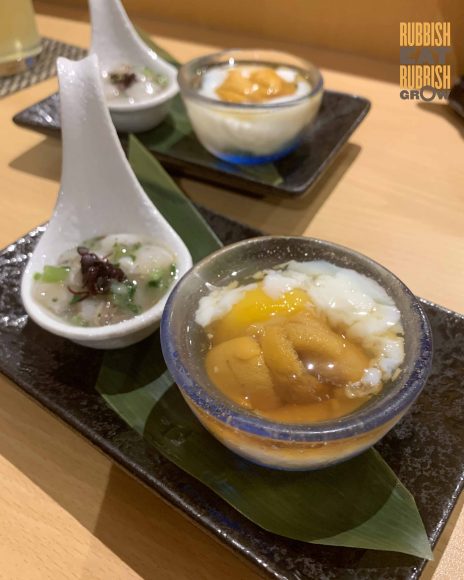 The omakase started with tako wasabi (a common izakaya dish) and tamago onsen topped with uni in a delicious soy sauce (dashi?). Everything in the small little vessel collaborates to bring about an umami sensation running down the spine.

The sashimi is the best thing on the omakase set. Otoro (fatty tuna) is probably everyone’s favourite, but while otoro here is delicious, it isn’t nearly as good as others I’ve tried.

Instead what gives bliss are the akami (tuna) and the kanpachi (yellowtail). Sliced in such a way that the surface area could take on more soy sauce, the salt enhances the fattiness of the two fish. I have eaten too many kanpachi but I didn’t know it could taste like this—with a lingering aftertaste of rapture. 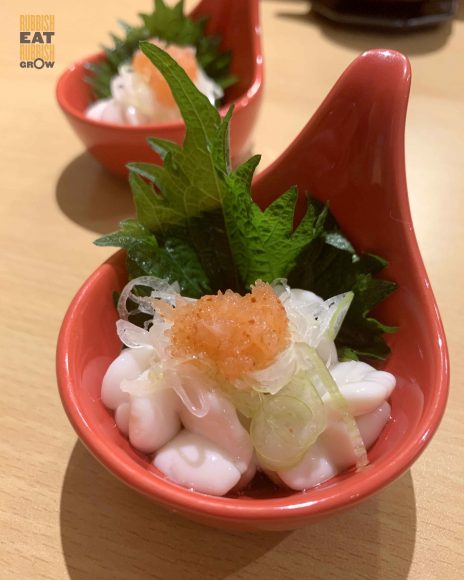 I usually don’t take to shirako also known as milt or fish semen. But this one is paired in such a way that it is actually delicious: in soy sauce, with bits of green onion, and a dollop of something like Hainanese chicken chilli.

I didn’t like the gindara: It wasn’t as fresh or as fatty as I wanted it to be.

The Kagoshima A5 Wagyu beef is torch-seared in front of us—what a fun showmanship. But it lacks the charcoal-smokiness that would have amplified the flavours of the beef. Although I like beef chewy—not melt-in-your-mouth tenderness—the chewiness here seems more rubbery. All in all, I would prefer this on a charcoal grill. 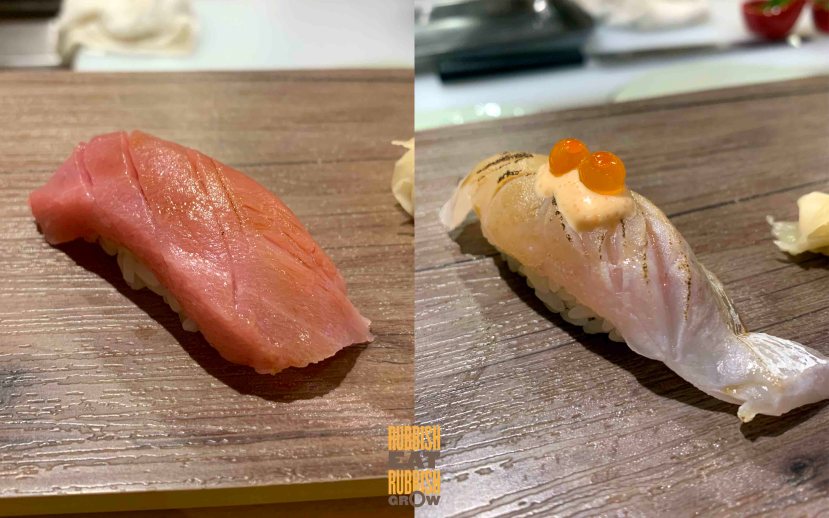 But what they lack in quantity, Wa-i makes up for the rarity of the fish; an eyeopener and learning experience for us. For instance, I never had the winter fish hobo (red gunnard) before. It has a mild taste with a firm, fat flesh.

Isaki (the English name is chicken grunt but it’s a fish, left) and Madai (seabream, right)

Hobo and madai are winter fish, but I wonder why isaki, a late spring/summer fish, is on the menu.

The shari rice here is cool but I would prefer hot or at least warm shari rice to contrast with the fish. It can also benefit from more vinegar. I also opine that the sushi could do with more soy sauce and wasabi.

Aji sushi with caviar and gold

On the whole, the sushi is competent and stylish. There is a creativity to create new ways to present them. Also: I like gold on my food. 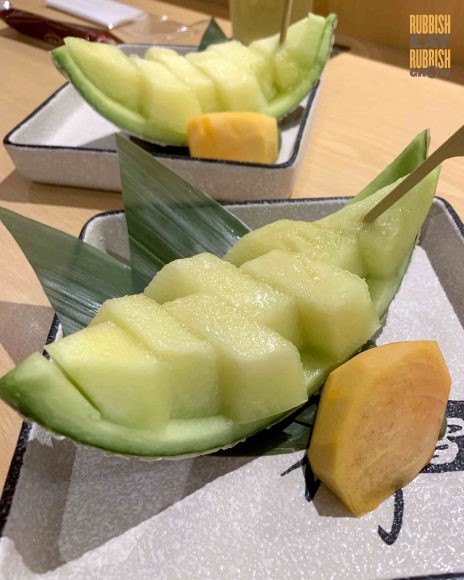 You may be interested in…
–Naga Imo, Club Street: Omakase on the First Storey, Izakaya on the Second
–Yoshi Restaurant, Forum: Rebranded from Kaiseki Yoshiyuki, by Personal Chef to Ambassadors
–Keyaki Japanese Restaurant, Pan Pacific: So Unreal It’s Like the Matrix
–Nami, Shangri La: Do NOT Order the A La Carte

This is an invitation. Written by Dr. A. Nathanael Ho.