“WHAT THE HELL do you think you’re doing? HOW DARE YOU serve this to our customers? Do it again!” shouted Chef de Cuisine Lorenz Hoja as he swept the food into the rubbish bin. Come as a couple and you’ll get to sit at the bar and witness the intense scene yourself.

Five minutes later, a jovial Hoja invited us to the open kitchen, all smiles, to take a photo. (These were Japanese tourists who sat next to me.) 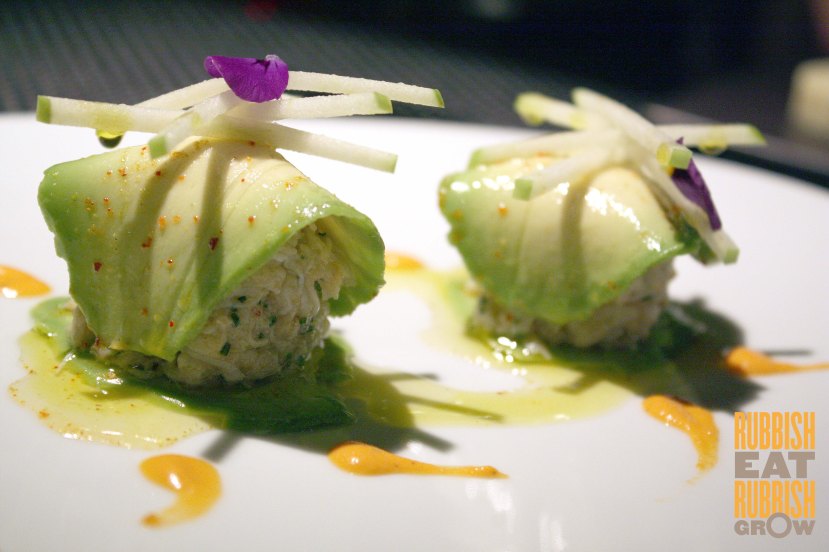 While waiting for my dining partner, I had a preprandial cocktail, passion martini ($26), tangy with pineapple, well-balanced, potent, and better than many mixologists’ cocktails. I didn’t regret the cost.

We wanted to advantage of the Dinner Menu Appetit, available from Monday to Wednesday only, at only $68 for three courses. But instead the restaurant took advantage of our wallets. My partner’s starter, crab meat with avocado, was competent but hardly innovative, while my hen’s egg with a side salad was downright dismal. The egg was cold and stiff and the salad was too sharp. 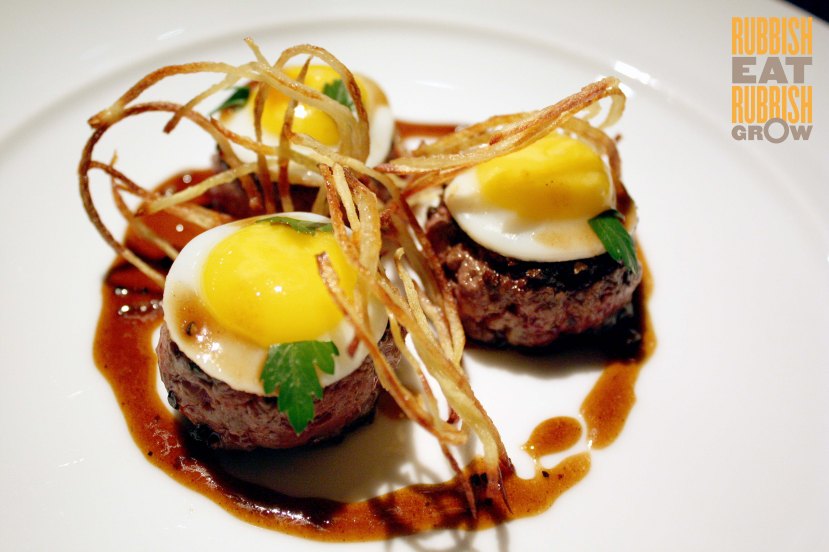 The menu stated “La Boeuf” (The Beef): “Baby pepper steaks <<à cheval>> with potato crisp.” Imagine the yolk breaking, sipping into the crevices of the beef patty. But the yolk wasn’t runny and the beef was bland. A disappointment. 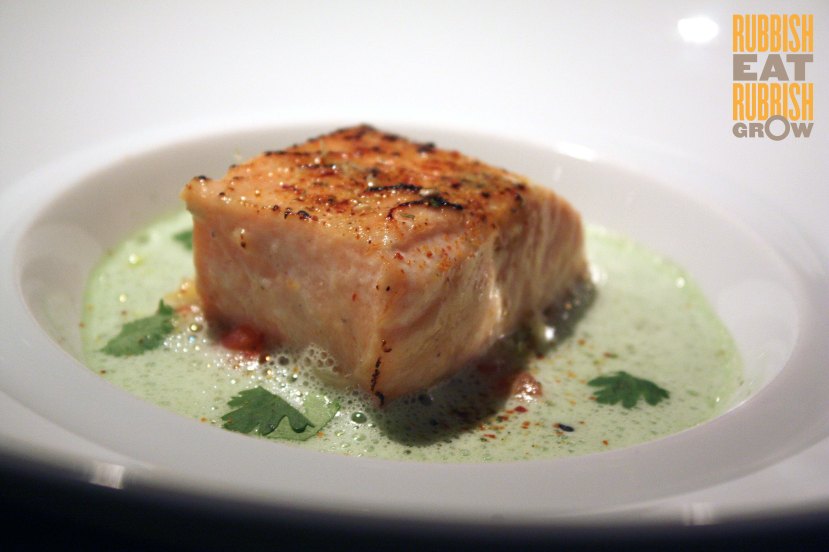 My partner’s miso-marinated Scottish Salmon with Green Curry fared much better. The salmon could be seared longer so that it could be crispier on the outside but tastewise, this was rather ingenious. The milkiness of the salmon intersected with that of the green curry’s so that the two unlikely ingredients shared a common ground, much like a Venn diagram, and formed a spectrum of flavors.

The famed silky mashed potato came free-flow with the mains. We heard from the grapevine that someone has to hand-whip for hours to get this smooth consistency. Eat as much mashed as you can: this was one of the best mashed in Singapore. 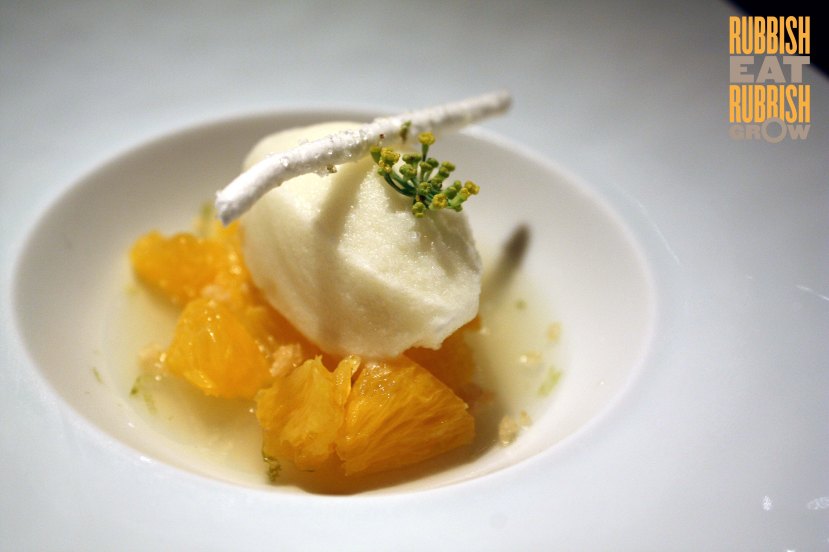 At this point in time, my partner went to the toilet and the chef gave me a complimentary dessert while waiting for my partner to return. This dessert, orange with lime sorbet, reminded me of the dessert I had at Esquina. I can’t help but to compare that while this was among the best thing I had eaten at L’atelier, it couldn’t hold a candle to Esquire’s.

When my partner returned, I was halfway through the complimentary dessert and the chef didn’t offer him the same dessert. This was a slippage in service. Another lapse in service was when I gave them my phone to charge. It was, of course, nice that they accommodated my request to charge the phone but when I got the phone back at the end of the meal, the phone wasn’t charged at all.

The desserts were satisfactory but we decided to go crazy and ordered an a la carte, le souffle ($25). It was beautiful, had risen solidly, and as the server dug a hole and the ice cream sank into the abyss, it was visually enticing. Firm on the outside, moist within: there could be no improvements done on it. 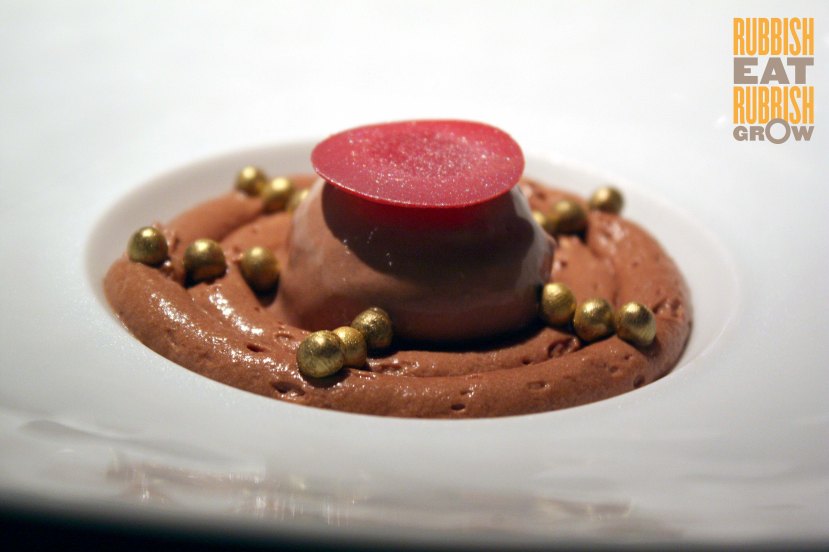 Perhaps I had chosen the wrong dishes. There are some areas that needed to be improved in terms of service and food but at least the restaurant is salvageable, not utterly hopeless. I think I shall give L’atelier another chance; I’d like to return and eat all their specialities from the a la carte menu one day when my restaurant-wishlist is completed. Next stop: Catalunya.