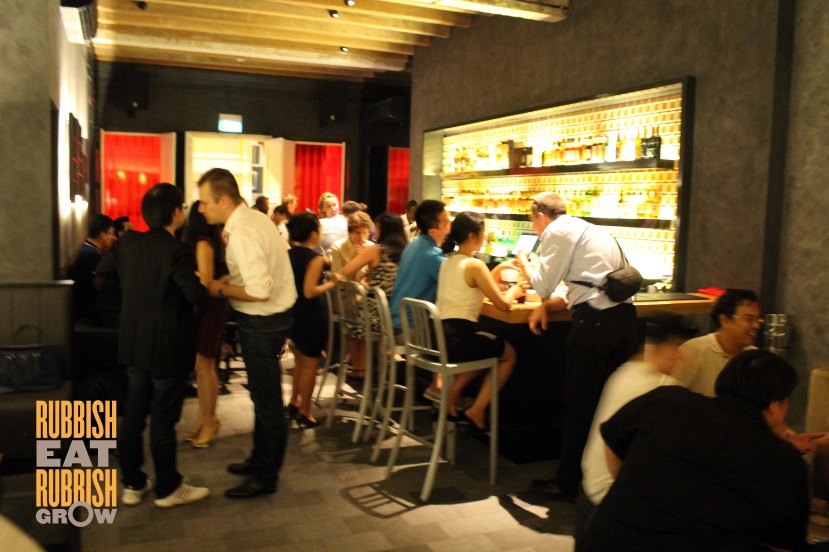 Mariko was a Japanese prostitute in the 1950s, serving the American soldiers after WWII. In the end, she even bedded her father.

Named after the Japanese prostitute, does it mean it is a “brothel”? There are two areas, a bar in front and japanese restaurant behind, separated by curtains. The restaurant serves ramen, yakitori, and other Japanese bar bites (menu here). 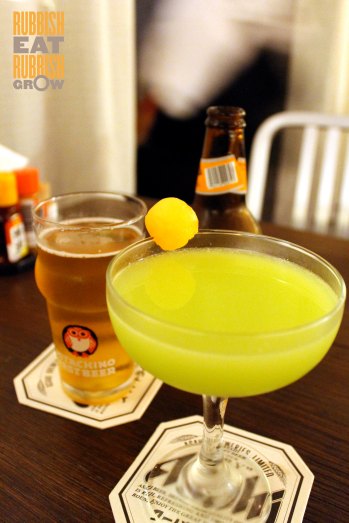 We were there at about 10pm, after dinner, and the bar was jumping. SPGs alert! Lots of angmohs here.

However, one thing I didn’t like was when the bar was full, they put us at the dining area. This was stupid. The reason to go to a bar is for the atmosphere and the dining area was dead. What they could have done was to ask the patrons if they could shift their handbags, which occupied an entire bench. Or they could squeeze us in at the bar counter which still had seats.

My friend had a Japanese beer and i had Hi To Kori ($18) which tasted like vodka, melon juice and wasabi. It was a little strange even for the adventurous me.

Despite the inapt service, Mariko’s was a fun bar with great music and unpretentious crowd.