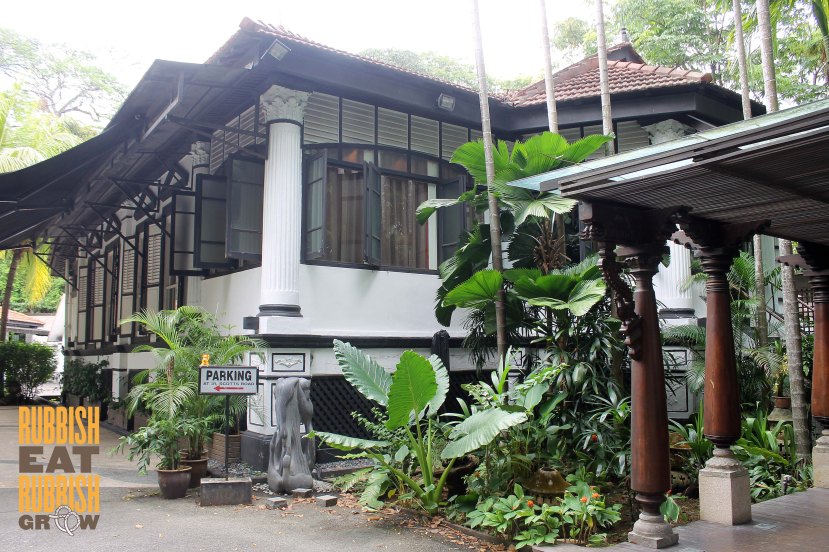 Situated in an old colonial building, decorated in a classical lavish style, the 8 year-old Song of India has achieved two things recently: it introduces a new buffet lunch (M-Sat $29.90, Sun $39.90) and it has revamped its menu.

The buffet changes regularly and is very good value, with about 6-8 hot dishes, serving traditional Indian food, both vegetarian and non-, such as Goan fish curry, butter chicken, paneer taka tak (cheese), and nilgiri korma (mixed vegetables). There are also some desserts. 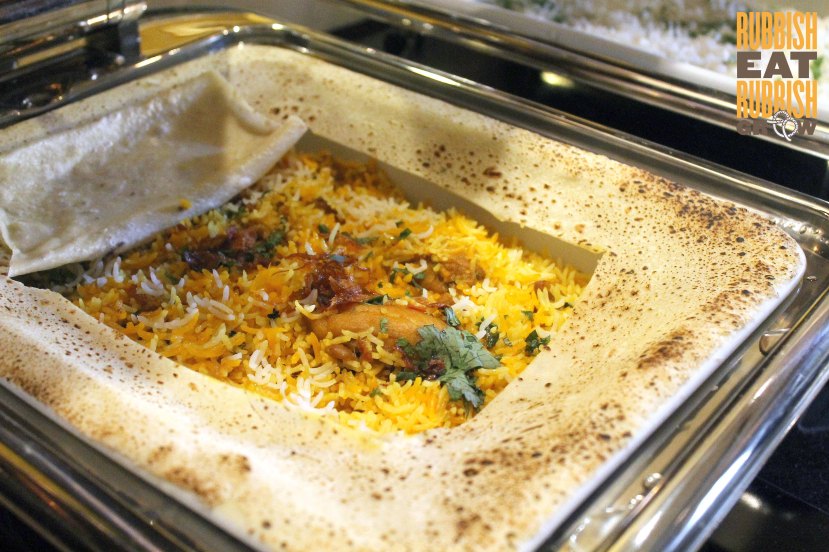 The chicken dum biryani is the BEST I have ever eaten. The chicken is extremely tender with a smoky aroma, and the bismati rice is fluffy and not dry! The buffet is worth the price just for the biryani alone.

For dinner, there are set menus starting from $48+, but the most popular set is Journey Through India ($97 vegetarian, $107 non-), consisting dishes from both North and South India. You can also order a la carte. 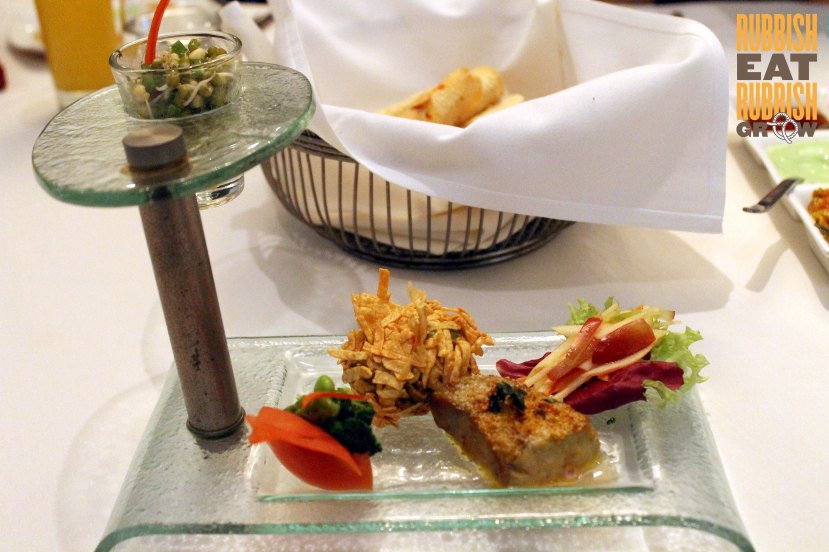 I sample a few new creations, which signal the restaurant is constantly improving and moving with the times, but I’m not enamored by the dishes. Both the foie gras ($38, pictured above), spiced with star anise masala, and Sarson cod tikka ($36), black cod in mustard oil, coriander and tamarind, lose their essence, the butteriness of foie gras, the milkiness of cod, because the spices overpower the delicateness of the meats. 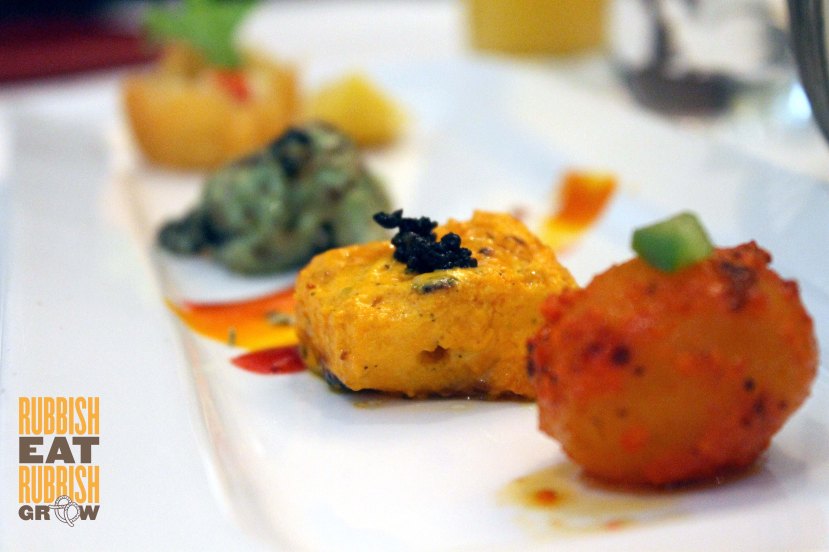 A better choice is chicken basil kebab ($36) in basil and pinenut cashew marinade–strange at first, but the weird pairing works, and is quite fun. A must order is the blue cheese nann ($14), super duper delicious with curry.

Song of India also has some molecular desserts for corporate events but comparing Song of India’s mango sac to LP+Tetsu, I am not impressed. The cracked wheat choco kheer ($14) is a better option, like a rice pudding, except the rice is replaced by wheat and white chocolate in this case.

While I admire the bravery and dedication of creating new dishes, I prefer the traditional Indian food served during the lunch buffet to the new creations. Call me old-fashioned, I think comforting Indian food in copious quantity and at an affordable price is worth returning.

ps: Thanks, Pinky Piggu, for bringing me as a plus-one.