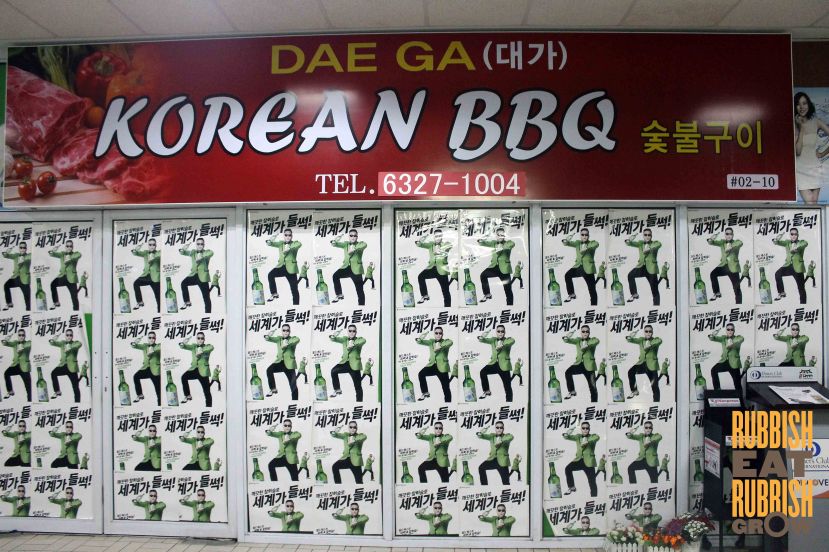 Even from the outside of Chinatown Plaza, the windows of Daega Korean BBQ was sealed with posters. When we entered the musky rundown building, William was frightened. 80s HongKong horror movies were set in buildings like these. The escalators had stopped working for the day. The building was overrun by old people–or were they real people?

As we walked up the escalator to Daega, we saw the outside of the shop covered in posters. I got excited and joked, “Oh my god! This restaurant is where Korean mafia gathers. Why else would they seal the restaurant, allowing no visual access into it? And why do they open from 7pm-7am only? It’s obvious we’ve stumbled into a Korean gangsta’ paradise!” 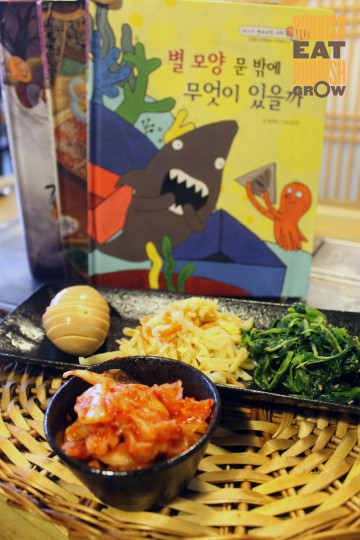 “Er…” Wiliam said, “Their menus are Korean children’s storybooks. How can this be a mob’s den?”

“It’s a subterfuge! They can’t make it obvious!” 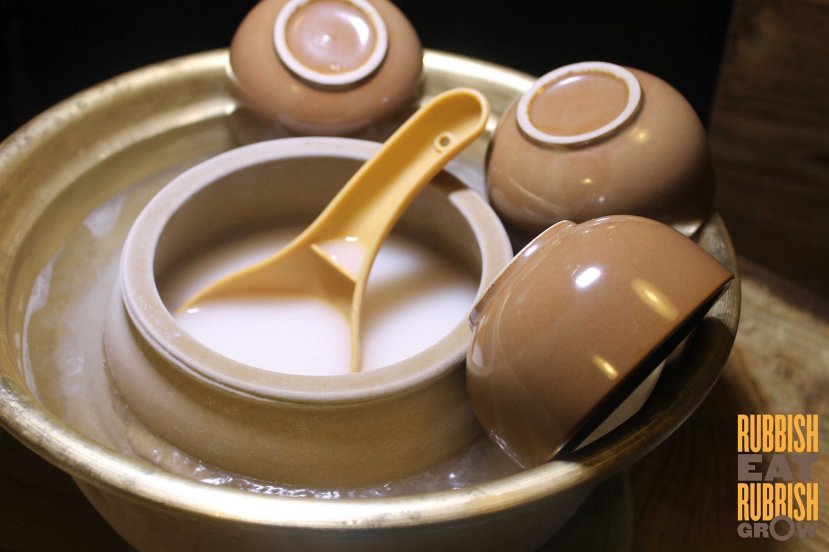 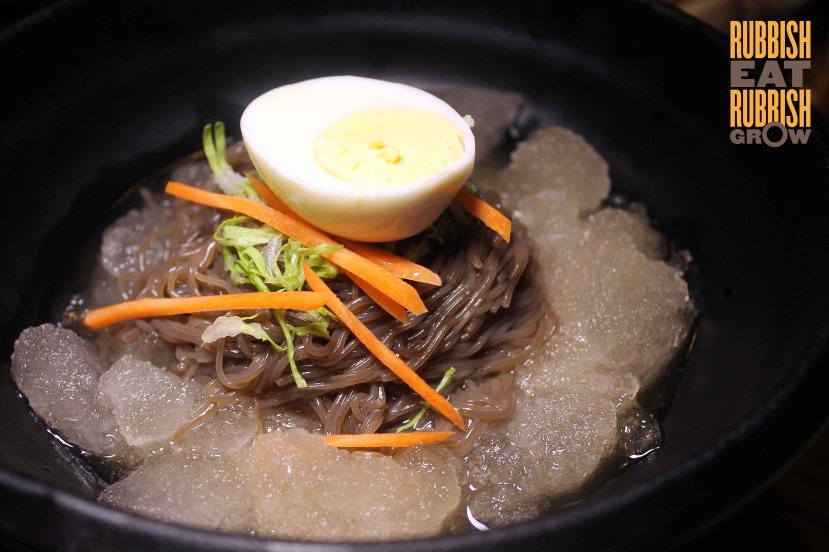 I jest, I jest about it being an underworld hideaway. There was too much thought put into the presentation of food for it to be a sham restaurant. The freeflow kimchi, probably best in Singapore, had a fizz, like it was marinated in soda water. The makgeoli ($28) came in a bowl of ice to keep the alcohol cool without dilution. The chilled buckwheat noodles ($18) were piquant, and the ice was made from the broth, so when it melted, the taste won’t be diluted. 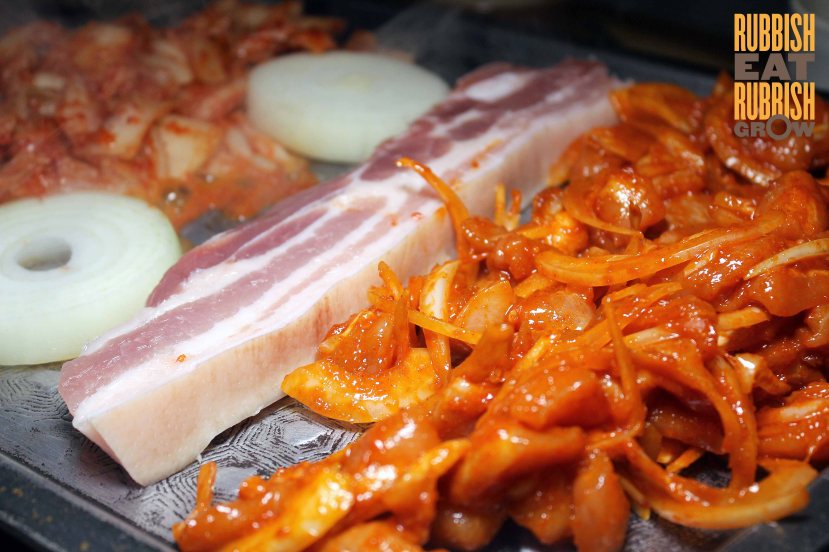 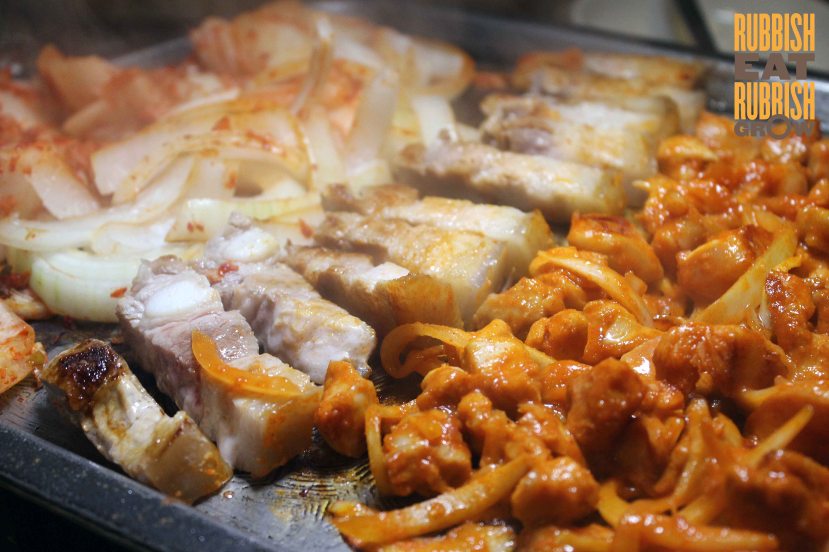 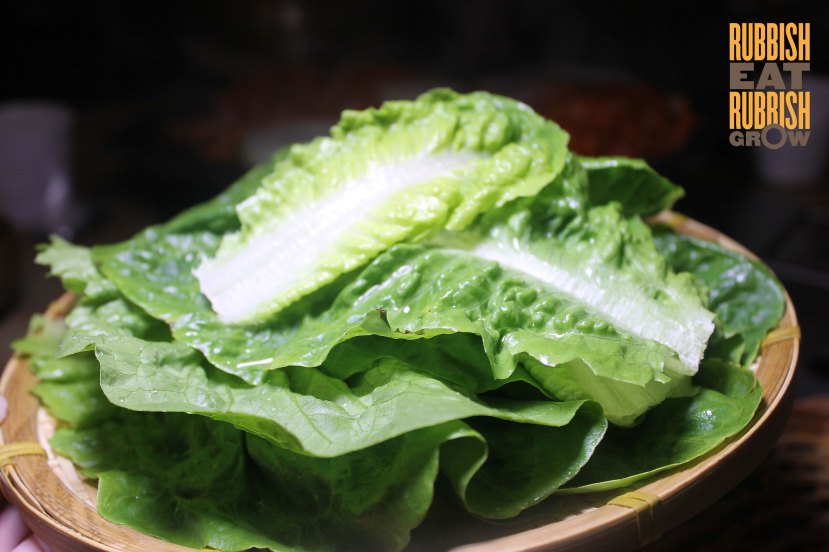 The BBQ was full serviced, so we didn’t have to get our hands dirty. The pork belly ($25) was half an inch thick, but was rather bland; we ought to have gone for the marinated version. Grilled chicken ($25) was ok. The lettuce was so green and fresh, different from Singapore’s. They also grilled a side of kimchi, which William claimed was better than the cold one, but I prefered the cold one.

The only item we didn’t enjoy was the kimchi pancake ($20). It wasn’t horrible, but very different from what we were accustomed. It was more kimchi than pancake, we wanted more batter, less kimchi, and that’s why I’m fat.

The service was great. Even though we didn’t understand the Korean ladyboss sometimes, the language of food is universal. We paid $128 for four persons, or $32 for one. Very reasonable, considering we had alcohol.