Soba is one of my favoritest Japanese food because in hot weather, it is nice to eat something cold. It is said that we Chinese traditionally don’t like cold food–and Mr. Fitness is one of those traditional Chinese, but when I brought him to eat soba, he is a new convert. Moral of the story: You’ll never know till you try it, so try everything once.

In order of preference, from least favorite to favorite… 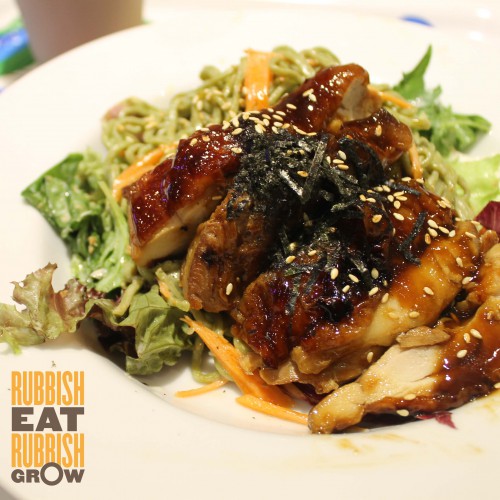 The soba, in general, was too nuah. When the soba met a creamy sauce like in Bull Run ($8, teriyaki chicken with soba in sesame sauce), the soba got mushy and slightly revolting. But the chicken was tasty.

The soba in Salmon ($9) was still nuah, but in a yuzu sauce tinged with wasabi, it was refreshing. However, the tough salmon wasn’t fresh. It was the frozen kind I bought once from supermarket and swore never to buy again. But for salmon, $9 is a good price.

Had a tough time deciding which the better soba is: Iki or Wheat Baum (see above). Wheat Baum was more delicious, but Iki’s ingredients were fresher and had a clean bite. In the end, since soba is a health food, and clean eating is important, Iki is better.

Before we came here, Mr Fitness proclaimed he didn’t like cold food. But after trying, he preferred the refreshing cold soba: $15 which comes in a set with a small bowl of chirashi don, and a pretty terrible pudding.

So I swapped with Mr Fitness, and got the Tan tan soba ($12, pictured below), which was not bad. Mr Fitness didn’t like that it was sweet and spicy. But this Japanese dish was influenced by China’s Sichuan cuisine. Supposed to be in ramen, they used soba instead. Not peanut buttery enough. But if you don’t compare it to the Chinese version, it was ok on its own. 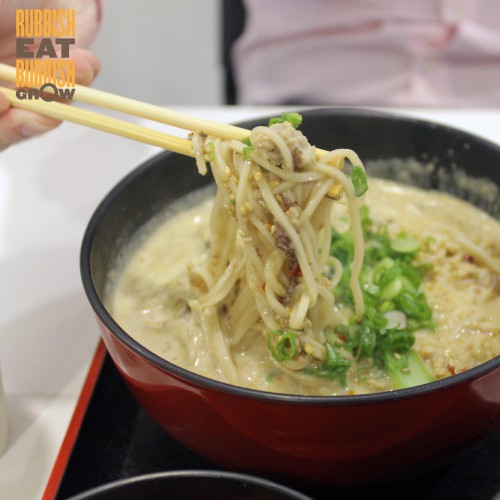 Shimbashi Soba is the clear winner. The Hikigurumi soba is made from 3 types of soba buckwheat flour. Soba seeds are milled daily to make flour, which is made into noodles with no preservatives or additives. The noodles are thrown into hot water, then dripped in chilled water.

We ordered way too much, and the best dish was the soba, rightly so; chilled one better than the hot. Gomadare seiro ($15.20) is chilled soba in sesame dipping sauce. very springy, and delicious. Beef tsukemen seiro ($19.80) is chilled soba in a hot broth of beef, leek, soft-boiled egg – nice, but not not as umami as the previous one. Remember to get the sobu-yu (below) at the end of the meal.

Pros: Good service. Nice ambience. They serve soba-yu.
Cons: Serves other Japanese food like sashimi, tempura, kaarage (fried chicken), but they were all bad.
Price: $120 for two (We over-ordered! see below 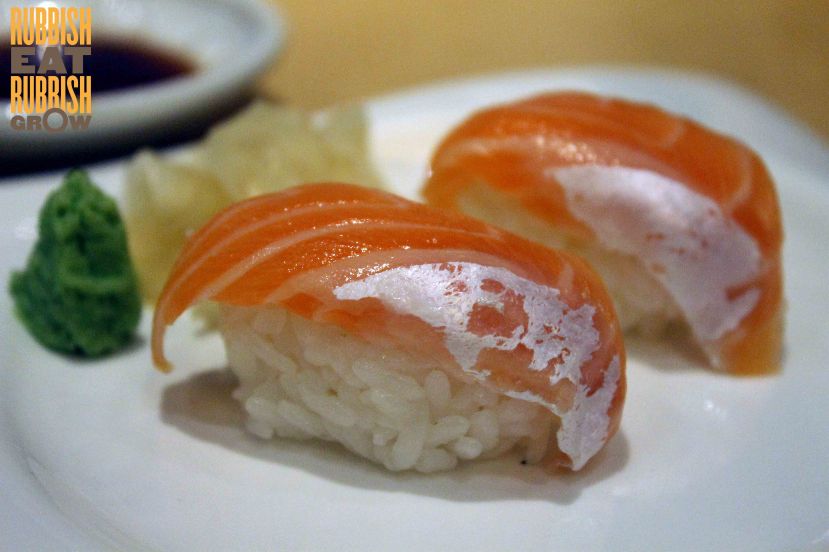