Ramen is a must eat in Hokkaido. It is cold at the northern part of Japan so a bowl of steaming ramen provides much comfort and fortitude against the weather. Even the Michelin Guide awards the Bib Gourmand to 50 ramen shops in Hokkaido. 50!

Hokkaido’s variation of ramen differs from other parts of Japan in several ways. Hokkaido specialises in miso ramen and shio (salt) ramen. The miso ramen often has sweetcorn, butter, bean sprouts, finely chopped pork, and garlic, and sometimes local seafood such as scallop, squid, and crab.

During our recent trip to Hokkaido, we tried two ramen shops, both awarded the Bib Gourmand: one in the district of Lake Toya and the other at Sapporo. To be absolutely truthful, we weren’t impressed by either. We have had better in Singapore.

First listed in the Michelin Guide 2013 and then again in 2017 (the Guide didn’t published on Hokkaido from 2014-2016), Ippontei (一本亭) is a popular ramen restaurant in the Lake Toya district (洞爺湖). 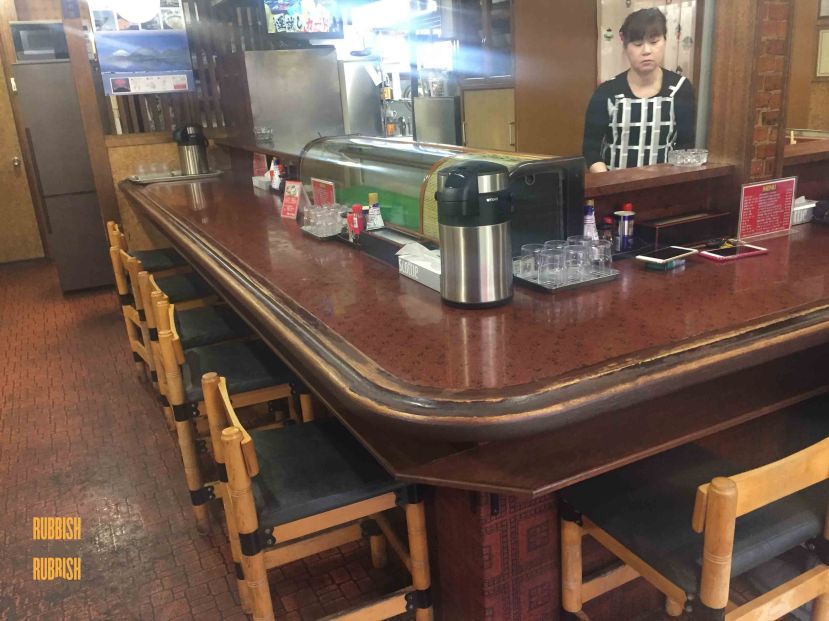 They cook their broth for 20 hours using more than 10 ingredients and “electronic energy water.” (Google Translate provided the translation from the ramen shop’s website but I guess it means “ionized water”?) Their egg noodles are supplied by Nishiyama Noodles Factory, a popular supplier for many ramen shops in Hokkaido. They are committed to sourcing pork locally, using fresh (not frozen) pork known as “golden pig.”

Ippontei is most famous for their black shoyu (soy sauce) ramen (黒醬油ラーメン). You can also order their red ramen, which is essentially the black ramen with extra shio (salt). 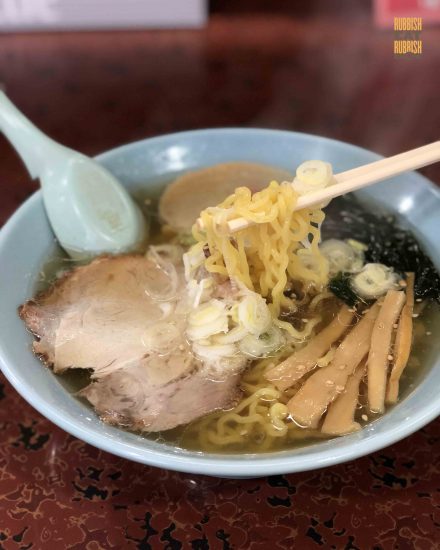 See lah, see lah. Didn’t do research. We didn’t know what their specialty was and we couldn’t communicate. So four of us ordered two spicy miso ramen and two shio ramen and two plates of gyoza. When the ramen came, there was no egg. We realized, after listening to Japanese patrons order, that we had to say “shio tamago ramen.” In any case, we added 2 eggs. You should probably add char siew since the original bowl has only a slice or none. 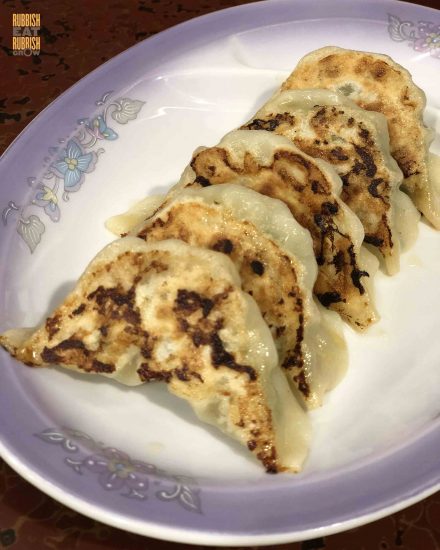 The best thing here is the gyoza, which is a sad thing to say about a ramen shop. The gyoza is well seasoned, has thin skin, and is crisp. 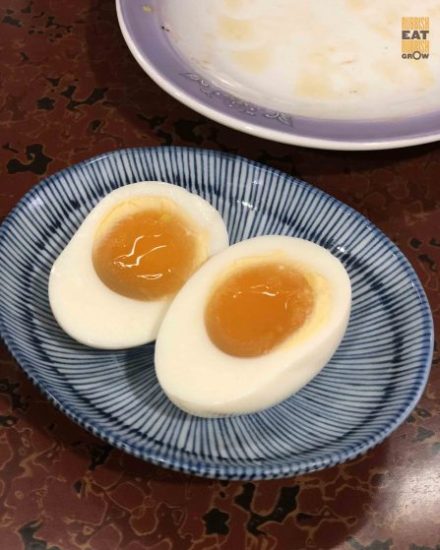 But similar compliments can’t be paid to the ramen. The noodles aren’t spring, aren’t eggy, aren’t thick enough to give a good mouthfeel; I felt like I was eating instant noodles.

The shio broth is not too bad. But I think it should be called a stock, not broth. It’s not dense enough to be called broth. The stock tastes subtle, which is ok. But the spicy miso broth is not thick enough although it is indeed fiery.

You don’t have to go all the way out to try this ramen but if you’re touring Lake Toya like we did, this is an acceptable (though not ideal) option for lunch. It’s inexpensive: we paid about 4500¥ (S$60) for 4 people. Might be slightly more. I forgot the exact price.

Sapporo has a ramen street, which we saw some tourists taking photos of. It’s not so much as a street than a dark cyberpunk alley and if this is situated in a third world country, it would be scary to enter the street. Ramen Shingetsu is not on the street; it’s in the building adjacent to the street.

Popular among salarymen who come here after a night of drinking, Shingetsu is really a tiny food stand with bar counter seating of 10 seats. It is newly awarded Bib Gourmand in June this year.

The ramen starts from 710¥. We ordered two shio ramen and two miso ramen. Between Ippontei and Shingetsu, the latter is better. Perhaps it’s because Shingetsu cooks the broth freshly upon ordering and the aroma fills the small space, whetting appetites. Whatever it is, there are deeper flavors here than the ramen at Ippontei. 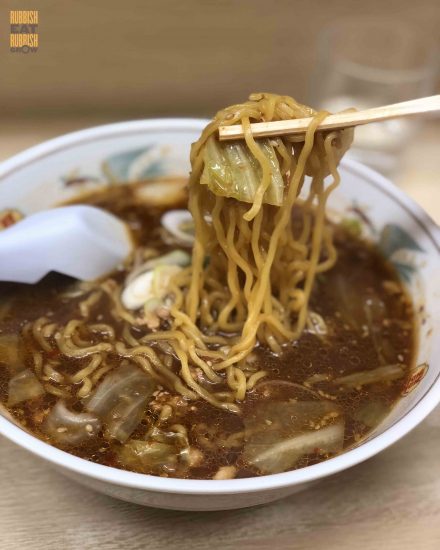 Still, I can’t get used to the spare bits of meat floating on the miso ramen; it looks like I’m eating someone’s leftovers. And the curly chijiri-men noodles are so commonplace.

I think the Michelin inspectors are duped by the ambience of the stall to give it a bib gourmand. A portable transistor radio plays old Japanese songs in the shop, giving it a nice atmosphere.

You may be interested in…
–Oyado Kiyomizuya 御やど清水屋, Noboribetsu Hokkaido: Onsen Ryokan at Hell Valley (And the Best Kaiseki Ever)
–How to Engage Geisha Services In Tokyo: My Experience with a Geisha
–Sushi Dai VS Sushi Daiwa at Tsukiji Fish Market Tokyo: Which Is Better?
–Tokyo Itinerary Part I: Accommodation, Getting Around & Shinjuku