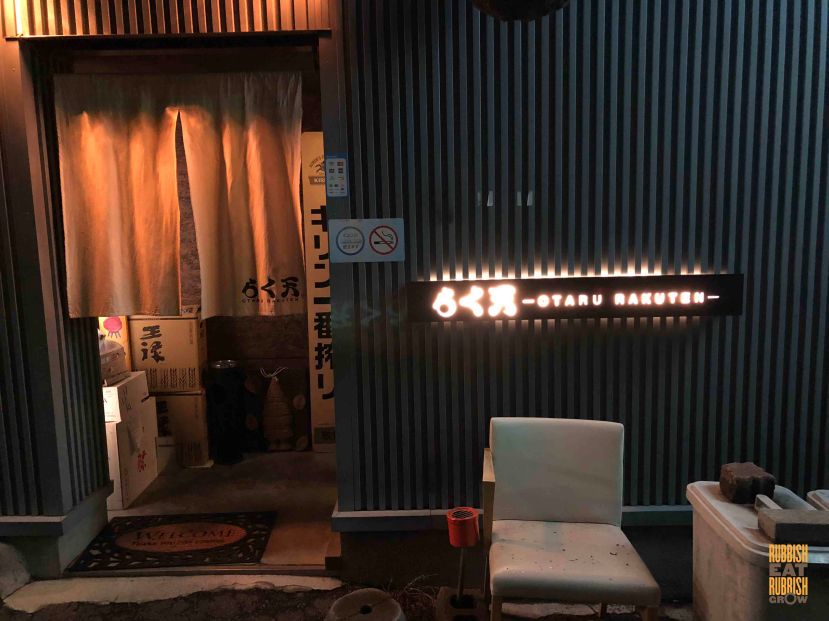 Otaru is a boring town but the food is fantastic. Otaru Rakuten らく天 is one of the seven izakaya restaurants to receive a Bib Gourmand from the Michelin Guide in the entire Hokkaido. Pretty good feat for a small family-run establishment.

The restaurant is cosy and small, sitting about 30 people, so it is best if you can make a reservation (in Japanese) before you go. We didn’t but we went very early in the evening and were able to score a table.

For the first time in the many days we were in Hokkaido, there is an English menu. PHEW. I love the authenticity of a Japanese experience with Japanese menu, but there was relief to finally being able to order in English.

Compared to the izakaya we had at Niseko the night before, which was very good, Otaru Rakuten is head and shoulders above it; and that shows how superior Rakuten is. We were served oysters as a complimentary starter and it blew us away. It’s plump and sweet. (Of course, this cost is included in the sitting charge of ¥300 per person. It’s a usual practice for small establishments in Japan to charge for sitting, but they usually give some complimentary food.)

The only dish that the Niseko izakaya did better is the tori kaarage (¥650). Here, the marinate isn’t deep, and it isn’t salty enough. 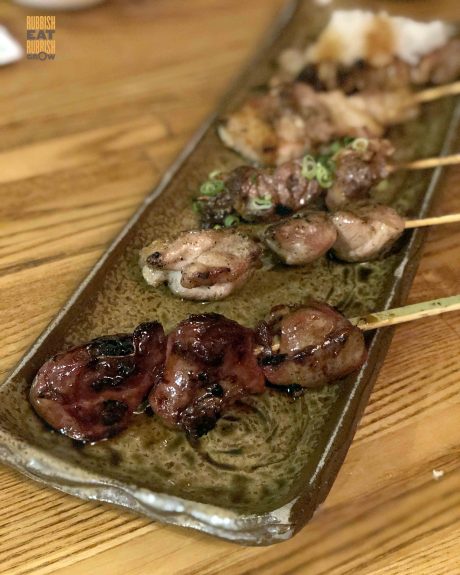 But really no complaints about the food. The assorted grilled chicken skewers (5 kinds, ¥880) are wonderful. Grilled nicely and complement beer. 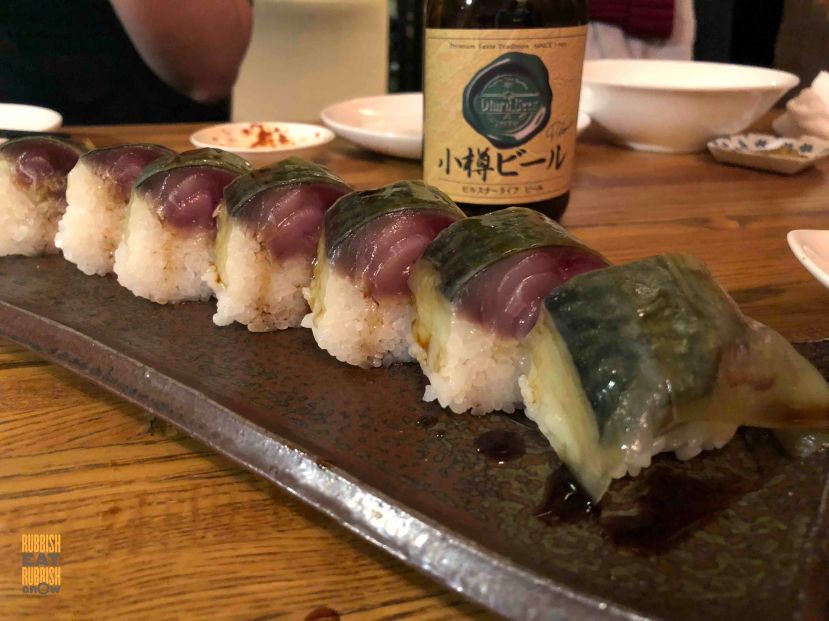 They also have nigiri sushi (5 pc, ¥880) and some sashimi (¥850). We eschewed those and went for the mackerel sushi (¥500/¥1400) because we were thinking about the excellent rendition at Sabar @ Japan Food Town in Singapore. Sabar fares slightly better, but Sabar is a speciality shop using toro-saba, so it’s a pretty unfair comparison. As an izakaya, Rakuten has to be an all rounder, and as such, we were highly satisfied with the quality of the mackerel sushi here. It’s meaty and just slightly fishy. The pricing is also fantastic.

Many izakaya shops are good for their oden, and Rakuten is no exception. Their assorted oden (¥1,200 – ¥1,500) gives a good range of what they can offer. But if you can speak Japanese, tell them to not give the もち (which is fried tofu skin wrapped with mochi). I really dislike the texture and taste and the idea of carbs wrapping carbs, although this is not Rakuten’s fault; it’s just how the dish is.

We ordered a tendon. Which is ok. 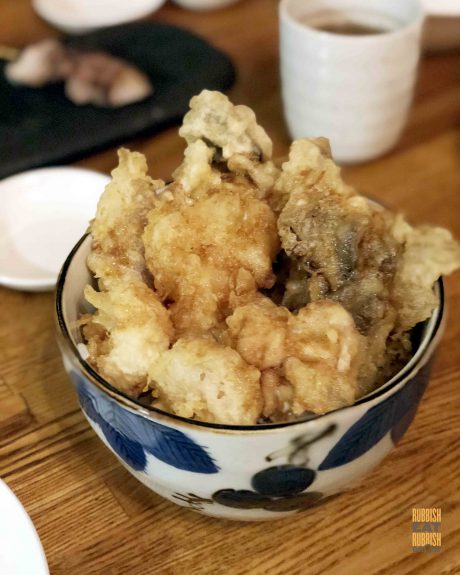 The food isn’t expensive, and we kept ordering until our bellies burst (I didn’t take photos of some of the dishes). I think we paid about ¥9570 for four of us. Very good value. Delicious good, but communication is a problem. If you happen to be in Otaru, I highly recommend this izakaya.