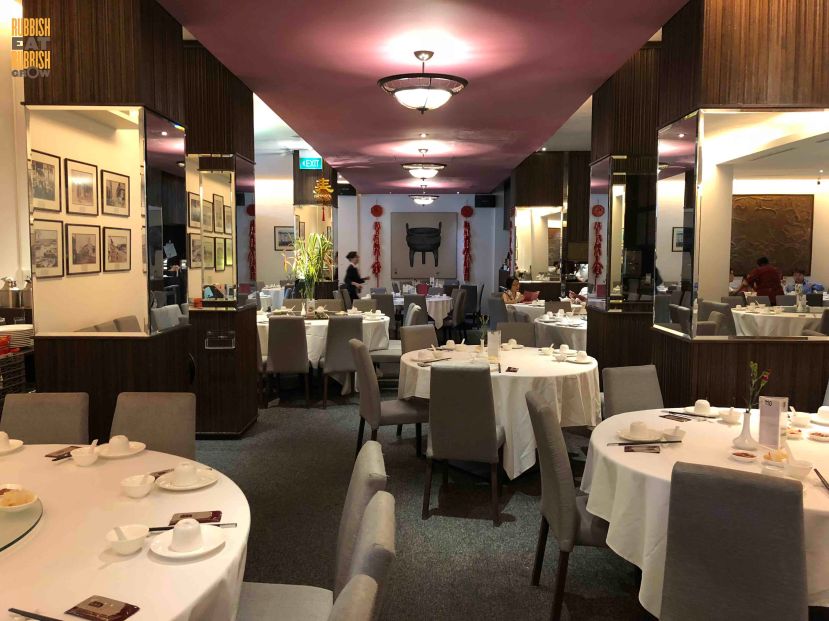 Spring Court restaurant at Chinatown, or known in Cantonese for Wing Choon Yuen, was opened by HO Loke Yee in 1929 and is the oldest surviving family-run restaurant in Singapore. The restaurant has been featured in a local film called It’s a Great Great World (which I watched in the theatre!). Like in the movie, the atmosphere here was boisterous and rowdy, very fun during the CNY period when we visited. But if you are looking for a quiet dinner, you won’t get it here (unless you book the VIP room with KTV facilities). It was as noisy as a market and you have to shout to make yourself heard.

They are most known for their popiah (about $7.50 or so), which we tabao-ed a few years ago. Hefty price tag but it is very delicious and the chilli has a kick. They are also famous for their suckling pig, fried soon hock, crabmeat roll with chicken liver and salted egg, horfun with prawn and omelette, and yam ring.

When we were there during the CNY period, they stopped serving their popiah; they only had limited dishes that were easily cooked or expensive using premium ingredients. (Popiah is relatively cheap and fills the stomach; they won’t want that!) They also increased their prices during this period so we didn’t order their fried soon hock which was a whooping $120 for 800-900g. The usual price of their whole suckling pig was $228 but was increased to $268. 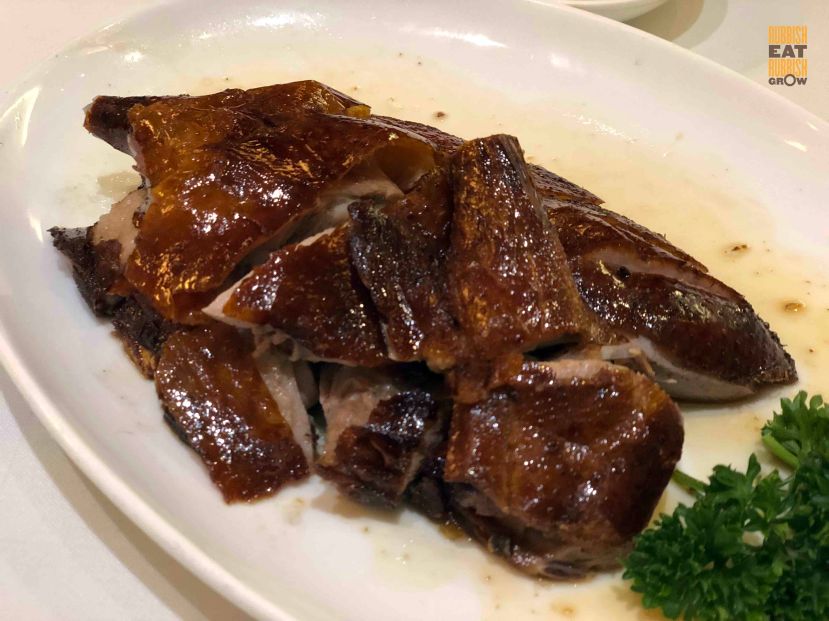 Their famous poultry is the roasted chicken (whole $33) and Peking duck (whole $72), but we had the crispy duck (half $29).  It’s fantastic. Tender and crispy and moist. The marinate is done very well that it soaks into the meat itself.

I like the stir-fried Pacific Clam with broccoli and XO sauce ($32), which is slightly spicy and sweet, and the texture is like very good squid. But my companions find it just normal. 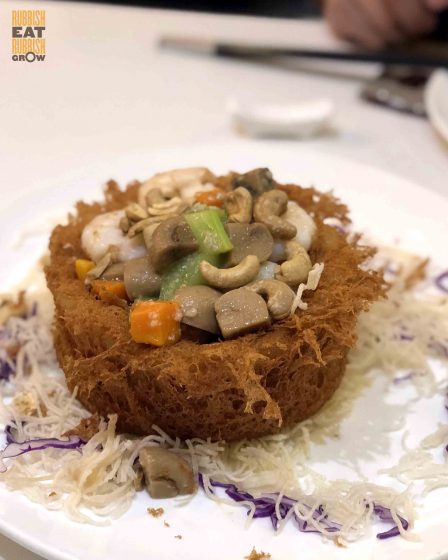 Yam Ring ($39) is stupendous. OMG so freaking amazing. The yam itself is dense and flavourful, slightly sweet but more savoury, and the batter isn’t too thick and still provides a nice crunchy contrast to the yam. It’s a must order.

The most disappointing dish is the sea cucumber with mushroom in claypot ($43) because while the cucumber is thick and soft and has absorbed the sauce, the flavour isn’t quite right. There is a slight herbal bitterness, when normally this dish is supposed to be super savoury with a hint of musk from mushrooms.

It’s strange for a Cantonese restaurant to serve a Teochew dessert, yam paste ($6/bowl), and I didn’t quite enjoy it. It’s thick and gooey, which is good, but it is not sweet, it’s slightly savoury. (I think they use the traditional method of using pork lard?) I prefer desserts to be sweet or tart but not savoury.

One thing about the service. Kudos to them for working during the CNY period. The restaurant was packed and they were super busy, but their attitude was professional and even cheeky and fun at times. They were swift in action. They made the meal more enjoyable.

We paid $195 for three persons. Overpriced but the food is delicious and the service is excellent. Will return to try their signatures when they bring the price back to normal. ;p