Jing Hua Restaurant or Jing Hua Xiao Chi at Palais Renaissance started as a humble eatery named Qun Zhong Eating House along Neil Road in 1989. It shut down for a while, and suddenly returned, rebranding itself as Jing Hua, and quickly expanded to three outlets in Singapore, and several outlets in Japan and one in Italy.

The servers used to have bad attitude at their original shop, but now, since they have gone international, the service gets better. With their rebranding, they also have a rather fancy decor at Palais Renaissance.

They are best known for their zha jiang mian (noodles with soybean sauce), xiao long bao, and tang yuan. 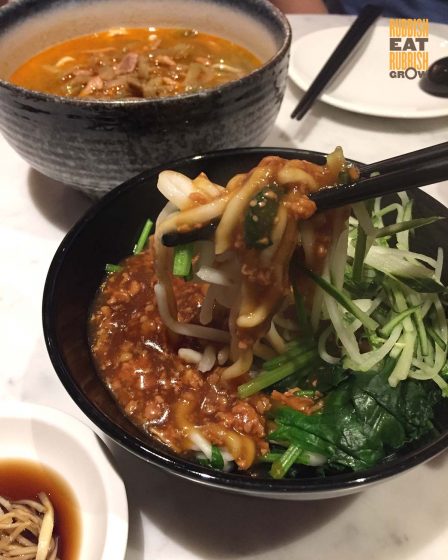 The zha jiang mian is as “rustic” as I remember. The sauce is thick and starchy, and there isn’t much depth to the flavour. 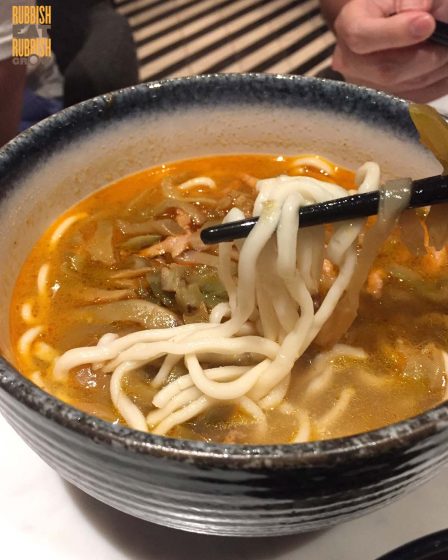 They use the same thick noodles for the hot and sour noodles, which comes with Sichuan vegetable 四川菜, slightly spicy and sour. Meh. 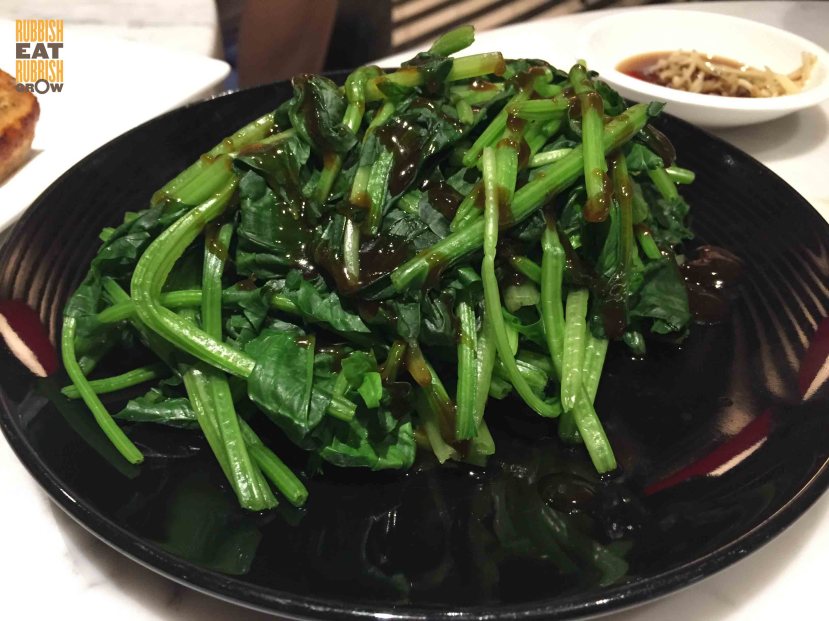 I don’t know why I don’t learn from my past mistake. I already had the spinach with oyster sauce at their old shop in 2010.

Their xiao long bao may be famed before Din Tai Fung came to Singapore, but we really have been spoilt by DTF. The skin here isn’t as thin as DTF’s, and the stuffing isn’t as sweet or juicy.

One of the two dishes that we truly enjoy here is the pan fried seafood-and-pork dumplings. They come very hot and are bursting with flavour. Juicy too. Just order one plate per person.

I remember this was one of the better dishes at the original shop, but here, it isn’t as nice. It still comes piping hot, but the skin is much too thick, almost like a biscuit texture, instead of what it should be, a nice crisp. 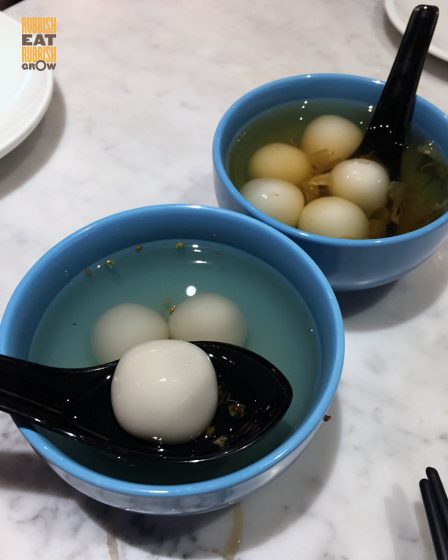 The second and last dish we liked here is also one of the dishes we liked in the past. We ordered two versions: plain tang yuan in rose water and osmanthus flowers. The balls are, as I remember, still incredibly smooth. Both soups (water?) are great, redolent of the flavour of the flowers. Very fragrant and so girly it will make a straight man gay.

I read my old review on Qun Zhong to refresh my memory as I write this review. And comparing the old review to my experience at this restaurant, I think the standards remain the same, but times have changed. We have better food now in Singapore. We came thinking it would be exciting to relive the past, but after eating, I’m sick to death of nostalgia. What is the point of holding something when it doesn’t withstand the test of time? Nobody is using an iphone4 now. We paid about $30 something each, pretty expensive for xiao chi.