I avoid crowded areas during weekends, and so, craving for Indian food, I wanted to find a casual Indian restaurant outside of Little India area. Indline Restaurant at Keong Saik, which serves North Indian cuisine, is helmed by Ajim Khan who has 25 years of culinary experience.

North Indian food focuses on wheat such as roti and naan whereas South Indian food has more rice dishes. The naan basket (4 types, $14.90) is enough for two to three people to share. Although the menu states the 4 flavours are plain, butter, garlic, herb, we had one that has raisins and nuts, and the sweetness is quite pleasing. On the whole, however, the naans lack flavour. 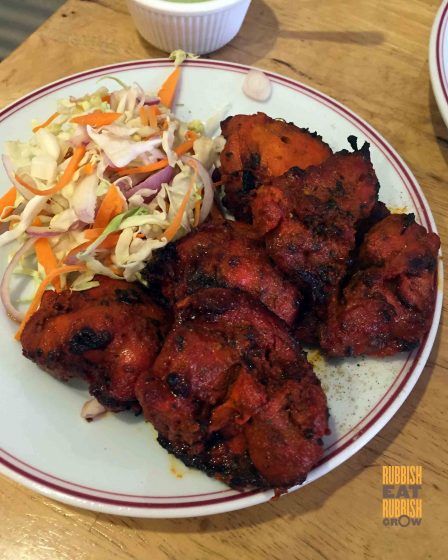 My favourite dish that day was tandoori chicken (4pc $16, 8 pcs $29.90); but the server, fully knowing that we over-ordered, did not ask us how many pieces we wanted and gave us 8 pieces for 2 persons on his own accord. Although the shop was quiet that day, this is not the way to do business.

But when I say the tandoori chicken is my favourite, it is because other dishes are not good. The chicken is very tender but the spices are weak and the char isn’t strong. 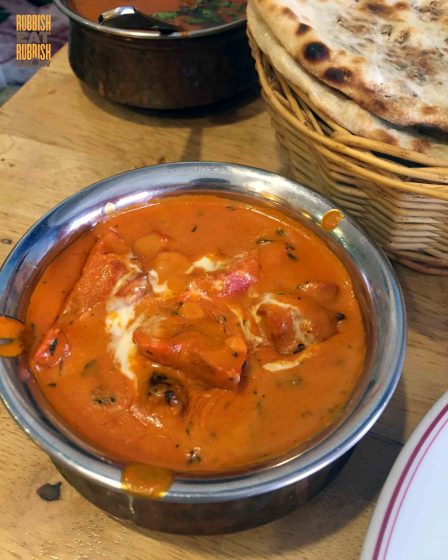 Northern dishes tend to have thick, creamy, rich gravy (to be scooped by bread easily) whereas Southern curries are watery. The butter chicken ($14.90) is indeed thick, creamy, and rich, but the dominant flavour here is sweetness, and, like the tandoori chicken, it doesn’t have the complexity of usual Indian dishes. It’s monotonous and flat.

Palak paneer ($14.90) consists of cottage cheese in a puree of spinach. This is the dish I would order in all restaurants. Traditionally, the spinach puree is rather pure, or at most, with garlic and some chillis. But here, the puree tastes like mild curry. Not sure why? Maybe they didn’t separate containers properly? And the curry-mixed-spinach flavour is unpleasant.

But the worst dish is the lamb roganjosh ($14.90), a Kashmiri dish made with 14 spices. The curry is watery and greasy without any flavour and the pieces of lamb are so pathetically few. The meat is stringy.

I like Indian food a lot and I would walk into a random shop at Little India to eat. At some shops, the staff don’t even speak English and I would point. Indian food is usually delicious because they use so many spices. But Indline serves one of the worst Indian food I have eaten recently; the dishes here don’t have complexity and enough spices.

This meal was so terrible that, a few days later, I had to order food delivery from an Indian hawker stall to wash away the bad memory. The Indian hawker food was so much more satisfying than Indline’s. Why open a sub-standard Indian restaurant at Keong Saik of all places?

Including a mango lassi ($5) and lime juice ($4.50), the total for two came up to at least $99 (I haven’t added in GST and service charge). I don’t know if there is tax because my friend treated me. But it is grossly overpriced for lousy food. I only spent $12 for Indian hawker food and had way more satisfaction. Next time, when I have a craving on weekends, I’ll brave the crowds at Little India. Lesson learnt. 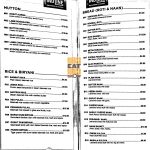