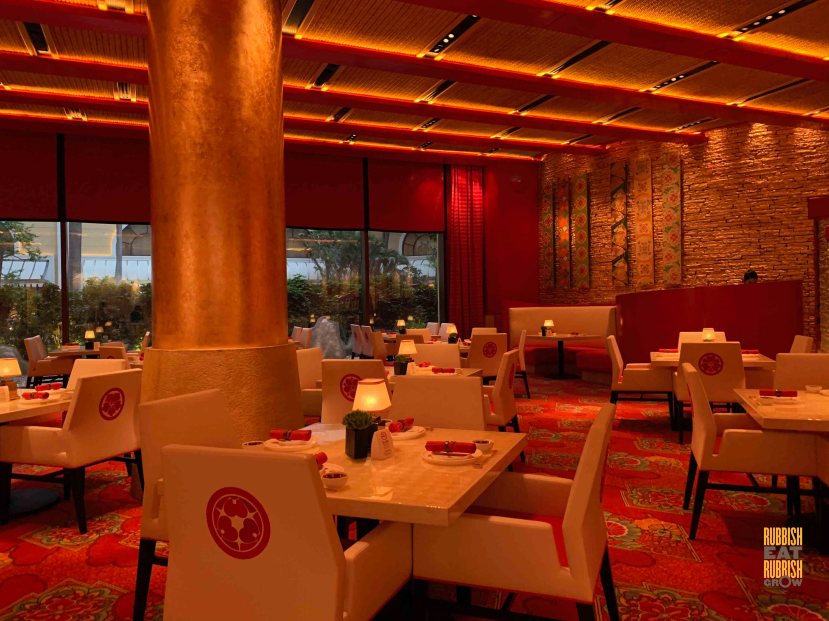 It is extremely difficult to receive two stars, and to be able to have three concepts–sushi, tempura, and teppanyaki–under one roof and win two stars, that must be almost near impossible. Yet Mizumi at Wynn Hotel Macau under the leadership of chef de cuisine Norihisa Maeda has done it. 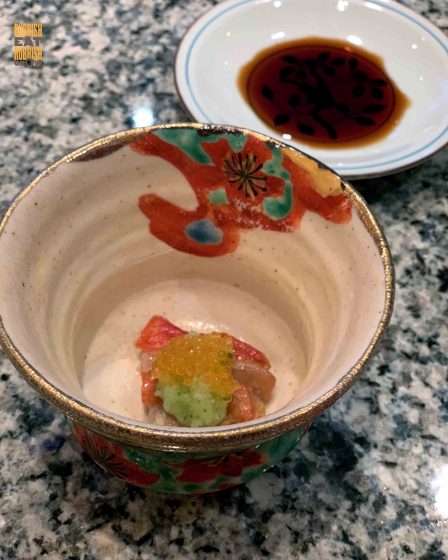 The restaurant is found within the casino itself so you have to walk through the den of sin. (Just kidding!) The restaurants in Macau really like gold; this was the third restaurant I went in Macau and all three have gold. Here, Mizumi is equipped with gold pillars and red curtains and red carpets. It’s a bit of overkill for me, and a little gaudy. I didn’t know where to rest my eyes.

The service, however, is fantastic: there is a Malaysian server who can speak English well and I am always relieved to be able to speak in English. I was very well taken care of and they assigned a lady server to me, probably because I was the only one in the restaurant. 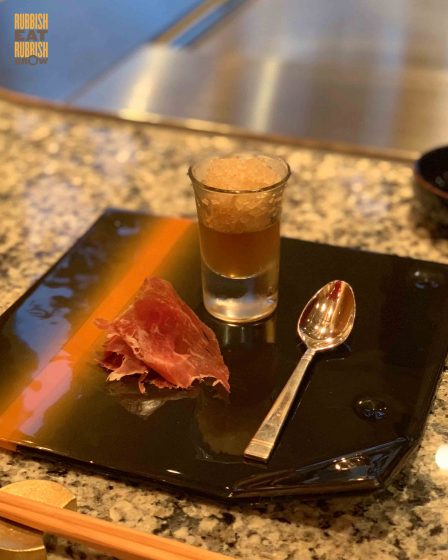 They are two set menus here: the sushi one which starts from 1090MOP and teppanyaki from 890MOP. There is no set menu for tempura. Normally I think that set menus are more value-for-money, but here I think that it is best to order a la carte. 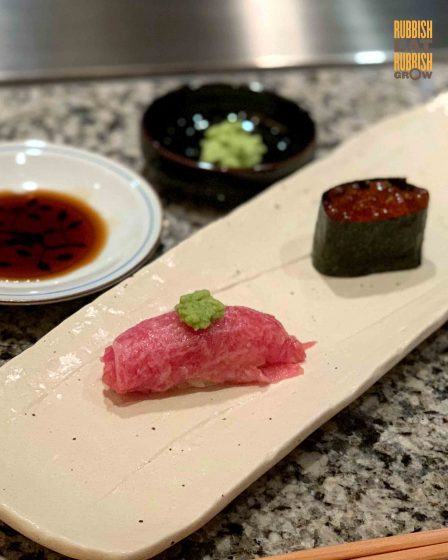 Their sushi comes in two pieces for a la carte but since I ordered the teppanyaki set, the Malaysian waiter kindly allowed me to order one piece. Without hesitation, one should always order the otoro (2 pcs, 330MOP, fatty tuna) and ikura (2 pcs, salmon roe, 140MOP).

They are excellent. The shari sushi rice is still warm and the ingredients cool but not chilled, giving it a nice contrast. Even though they give soy sauce and wasabi (freshly grated at table side), the sushi are already balanced and good enough on their own. 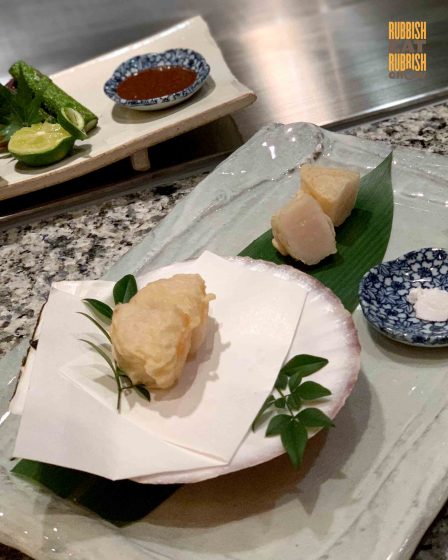 The tempura is, however, a disappointment. I had a marvellous scallop tempura at Mizuki but here, the Iwata scallop tempura (190MOP) done two ways is just ok. One scallop is cupped in smoke (cherry wood? I forgot) while the other is not; but there is no difference between the two. While the middle of the scallop is sashimi-ish–which is great–there is not much flavour in the mollusc. 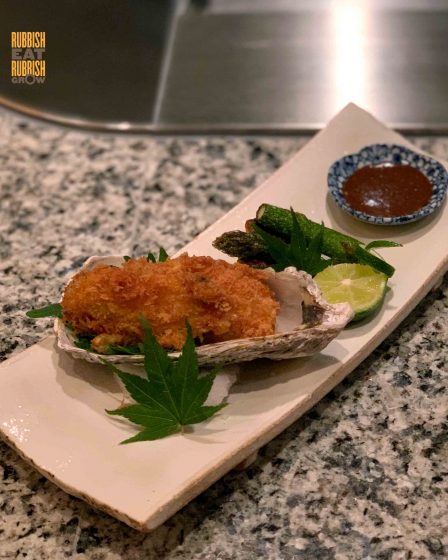 While the scallop is mediocre, the Hokkaido oyster (140MOP) in panko crust is dry and overcooked. Oysters like these should burst in the mouth but it does not here. 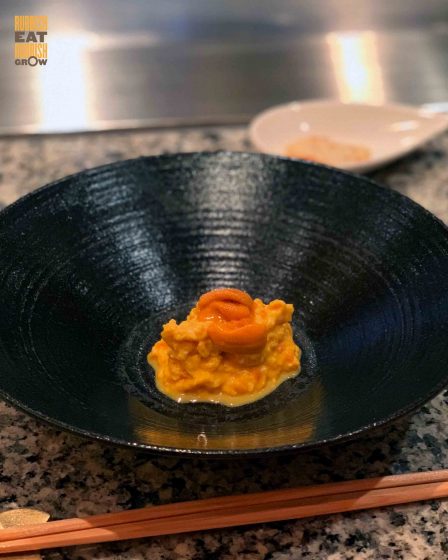 From the teppanyaki menu, I took the deluxe set (1890MOP), which consists of 6 courses including this delightful sea urchin on scrambled eggs. There is hardly any seasoning here, almost or perhaps even no salt at all. But the ingredients speak for themselves and the taste is pure. Eggy and seafoody. 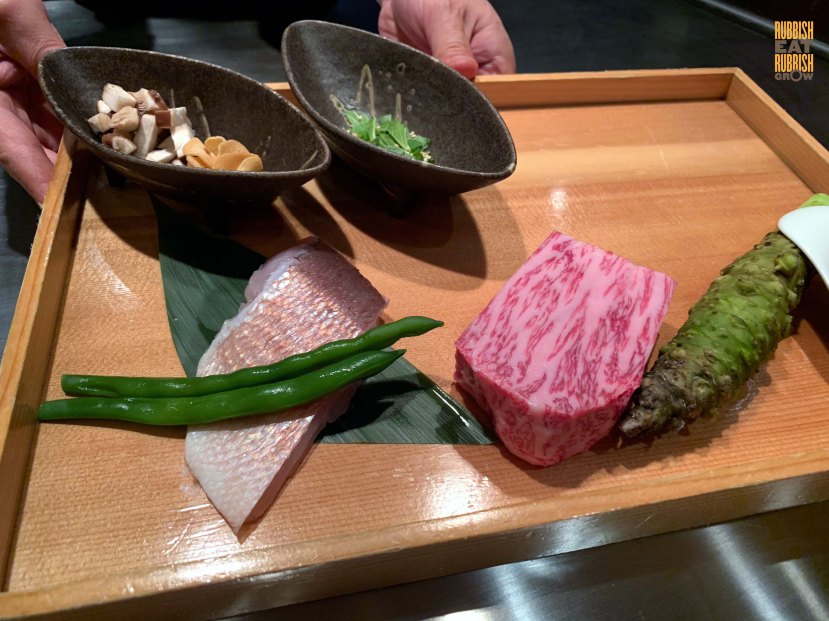 For teppanyaki, Master teppan chef Isozaki Tetsuhiko served me. It is a joy to see him work, such consummate skills and great flair. And he executed the dishes perfectly. 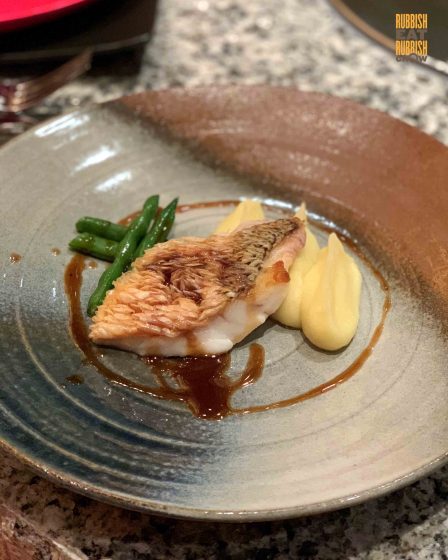 The amadai tilefish is an impressive fish breed because you can eat the scales and they are crispy, but I have already eaten it several times at other restaurants. Or rather although I have eaten it many times before, this one is perhaps one of the best. It’s cooked beautifully, firm and juicy, and how did the chef get the scales so crispy with an iron griddle. The sauce, made on the iron griddle, is also fantastic: it’s simply just butter and soy sauce, but it adds to the delicate fish, not overpower it. 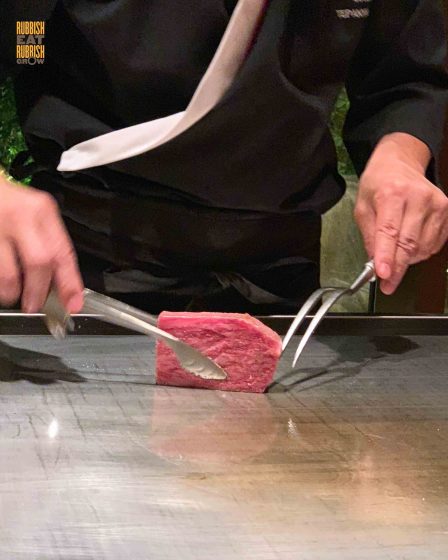 They use Miyazaki A4 wagyu beef (150g), but I am positive that it is bigger than 150g. I ordered medium rare and, well, look at the photo below. It’s perfect. 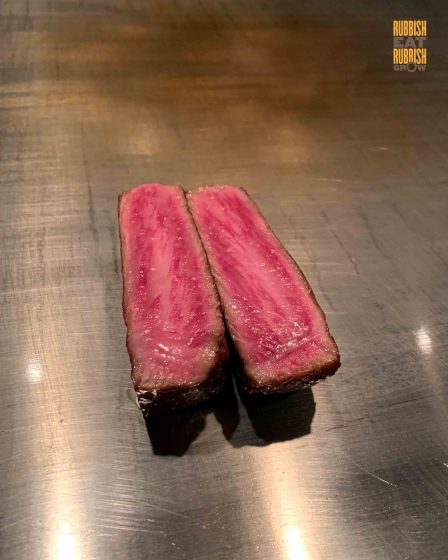 The beef, however, is too marbled, and too fat, and towards the end, it becomes stomach churning and too much. While the chef recommends wasabi and a special soy sauce to go with the beef,  I find it best with just the sea salt and pepper to enjoy to true flavour of the beef. 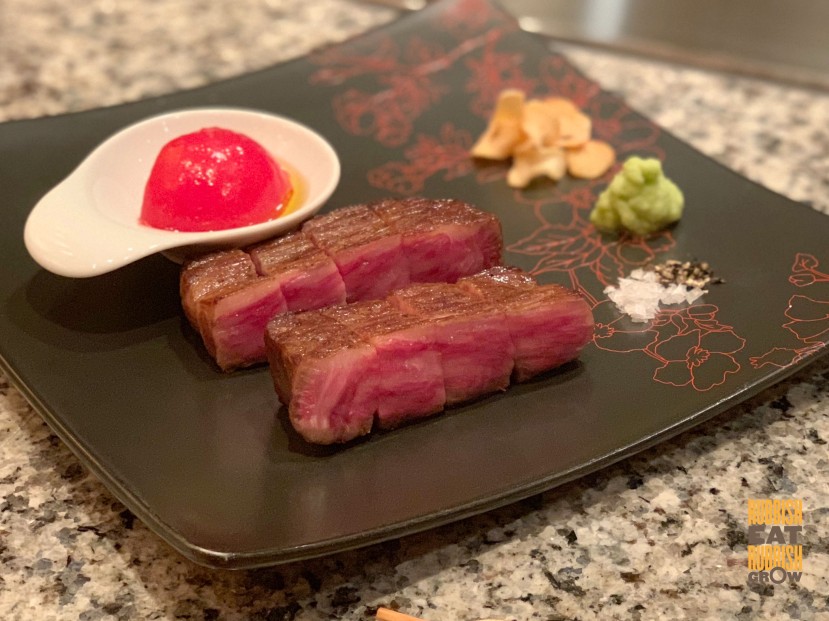 After the beef comes a fried rice, which is just ok and does not have wok hei. 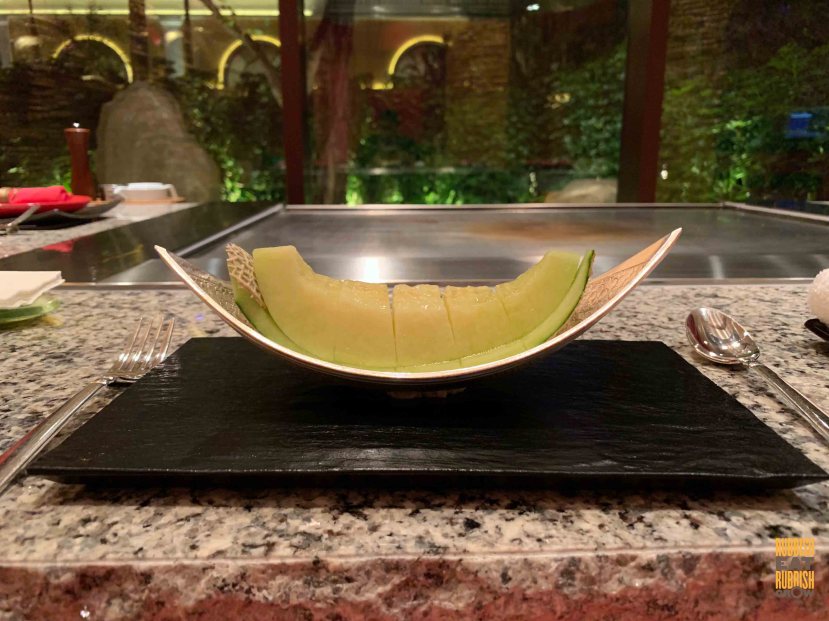 I spent 2685MOP for one person. It is very expensive for the meal, but it is also good. If you have money to burn, then come. If not, then it is okay to let this restaurant go. 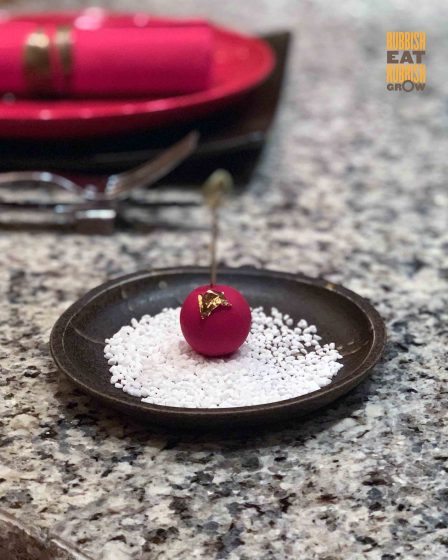 There is a smart casual dress code: no sleeveless shirts, no sandals and slippers, and no shorts.