Resorts World Genting (RWG) has seven hotels under its belt to accommodate more than 20 million visitors a year. If you are travelling in a large group, there are rooms in Theme Park Hotel called ‘Sixers’ or ‘Quads’ to house everyone together. Good for families and friends who want to stick together through thick and thin.

I stayed in a ‘Kings’ room for over a weekend and like what its name suggests, it consists of a comfortable king-sized mattress on a raised platform. The room is spacious enough for two. My rules of thumb in assessing spaciousness in a hotel room are based on the size of bed, and if I can open a large suitcase on the floor without blocking the walk path. 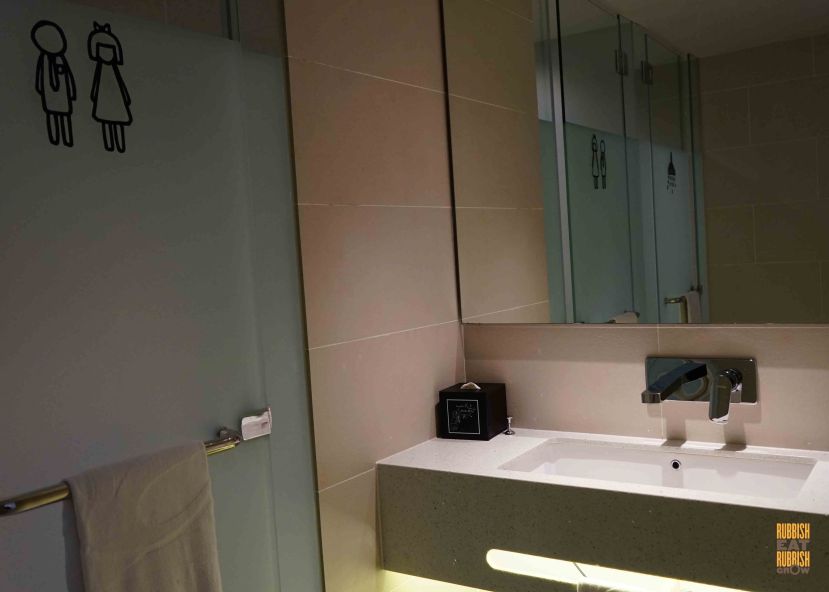 No bathtub but the shower and toilet are in separate cubicles. This is good for anyone who takes a long time to shower and the other person who has a weak bladder. The hotel provides basic toiletries like bathing gel, shampoo and conditioner, toothbrush with toothpaste, and body lotion.

The television does not work in my bedroom. Every few seconds, there will be static disruption, the image resets on the screen. I had a headache after trying to watch Tom Cruise fights the bad guys in a Jack Reacher film for about 10 minutes. A friend in another room has the same problem with the television. It is not just the cable channels, even the local channels get disrupted. I did not bother to tell the front desk because I can do without watching television.

It is a short walk from Theme Park Hotel to the Arena of Stars, at the tail end of SkyAvenue. However, my room is at the Valley Wing of Theme Park Hotel. At the hotel lobby, I had to take a lift to level 3 in order to take another lift to level 7. At level 7, I had to follow the signs to walk towards Valley Wing and take another lift to my room, which was on the third floor. Sounds complicated? It is quite complicated to navigate the first couple of times especially the return route is a reversal of steps from the above.

Breakfast comes from Eatopia, a bakery at the hotel lobby. We were supposed to collect our breakfast at Eatopia and bring it back to our rooms to eat. I did not bother to do it for both mornings. Too much trouble to make the way to and fro before my day actually began.

The room is generally comfortable and the design looks appealing for children or young adults, with cute illustrations on the walls and whatnots. I appreciate the cleanliness and smoke-free smell.