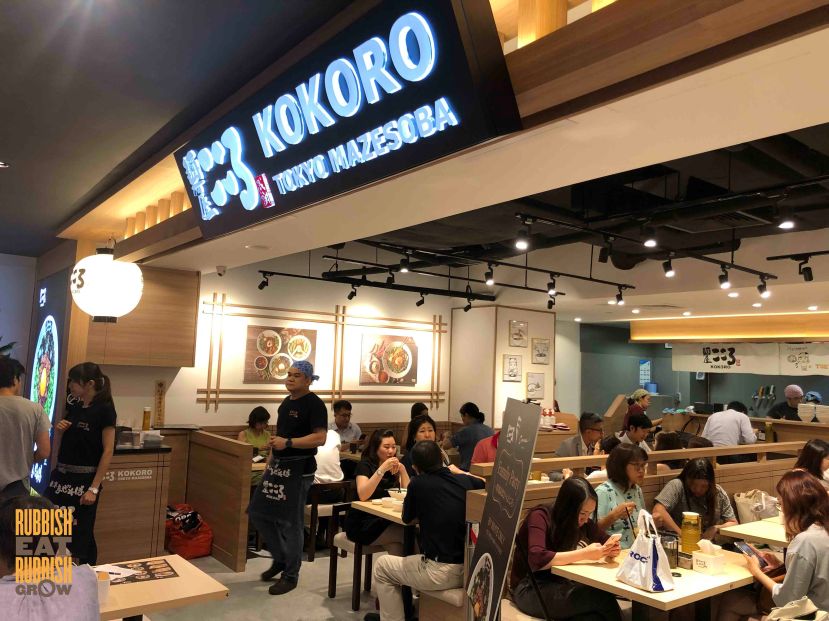 Within a year, Menya Kokoro opens its second outlet at 100 AM, providing another option for ramen lovers in Tanjong Pagar. The district is well saturated with Japanese and Korean eateries and restaurants. Do we really need another Japanese noodle shop?

Yes, if you like your Japanese noodles dry. Another enthusiastic yes if you like Mala (麻辣) flavour in your food. Menya Kororo has caught on the hot food trend and is now presenting the first-ever Mala dry and soup ramen in Singapore.

Shrouded by copious amounts of spring onions, onions, seaweed, and fatty pork slices, the strong fragrance of chilli oil and Szechuan peppers is unmistakable once the bowl is placed right in front of me.

I love mala and I eat it often. However, it is always a gamble when you try mala for the first time in a new place. Will it taste authentic? Are their levels of spiciness the same range as the food establishments I’ve been to? What if their level one spiciness is a level three to me?

After mixing thoroughly, the thick multigrain noodles are evenly coated with mala sauce that is gratifyingly salty and spicy. Taste like mala.

I really like the chewy texture and bite of the maze-soba. After a few bites, the heat from the spices rises to the back of my throat, my stomach starts to feel warm and my eyes begin to water. Despite downing an entire can of green tea and a glass of water, I find Level One Mala MazeSoba addictive and delicious. 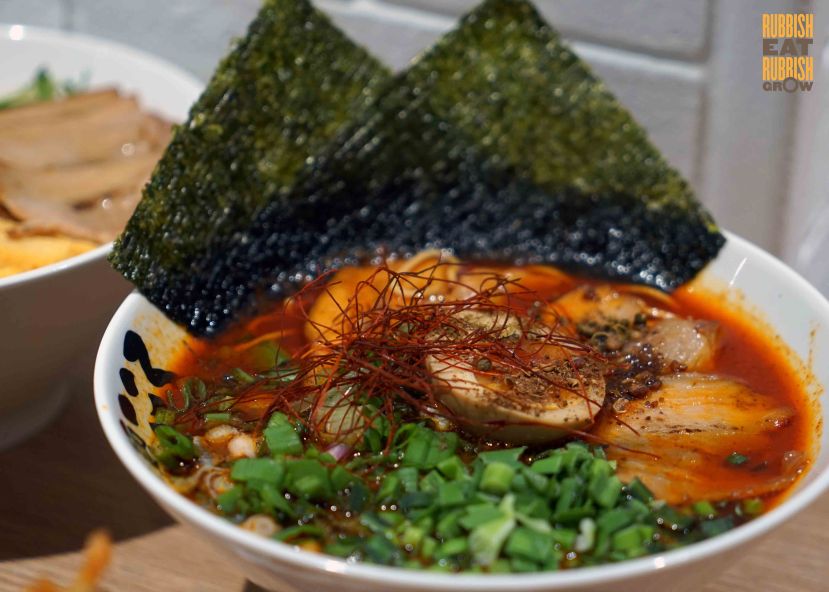 There is a soup version but it comes with ramen instead of maze-soba. Furious Mala Ramen Soup ($14.80) looks fiery with a thin layer of red oil on top of the tonkotsu broth. The ramen is distinctively thinner and has a more ‘alkaline’ taste.

After mixing the bowl, it is obvious that Level Three Furious Mala MazeSoba has gathered an entire village of spices. The maze-soba is thickly coated with mala sauce, looking a lot redder and more furious than the maze-soba from Level One. It is numbingly hot. Two bites and I was done. I don’t bite off more than what I can chew. I imagine Level Three to be a welcomed challenge and joy for those who like their mala, ‘da la’ (大辣).

At the other end of the spectrum, the restaurant offers a refreshing new dish, Yuzu Pork Hiyashi Cold Ramen ($13.80) to beat the heat.

Instead of pork slices, Yuzu Vegan Hiyashi Cold Ramen ($13.80) comes with thick cuts of inari (fried tofu pockets) and the onsen egg is replaced by a tofu sauce. I like the creaminess from an onsen egg but this vegan version is just as tasty. The flavours are lighter and even more refreshing because I can taste the yuzu better.