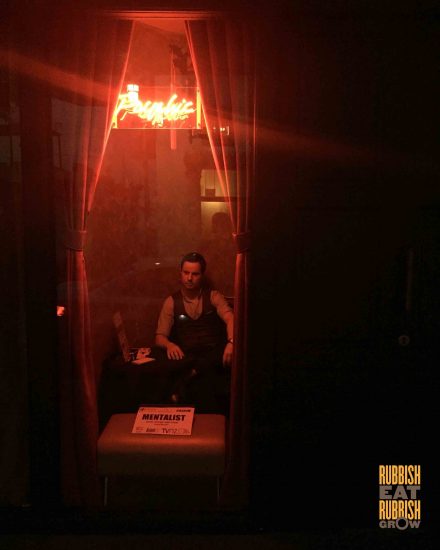 The 7th Best Bar in the World, based in New York, has opened an outpost in Singapore. Employees Only along Amoy Street has no signboard. More accurately,  there is a neon pink sign that screams PSYCHIC with a white man in vest and tie and slicked-back hair sitting at the window display, like a mannequin. I saw someone reading her fortune there, but I guess she was just trying to pick the guy up. After all, he isn’t really a fortune teller, right? He’s a young handsome white man; the staff probably rotate shifts to be the fortune teller.

This is a good place to pick white men up, by the way. It was a white sausage fest when we were there. Just FYI, SPGs. 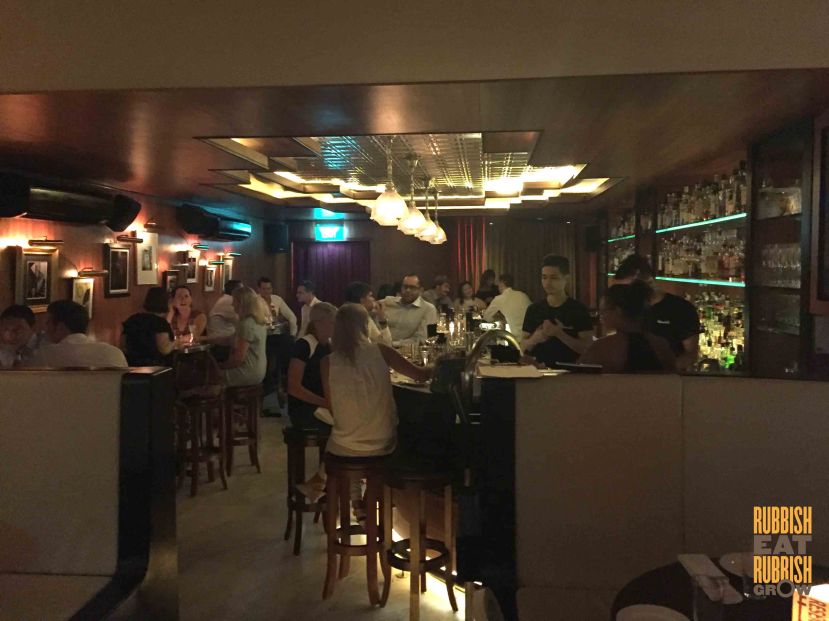 Anyway, like speakeasy in the Prohibition Era, you have to push past the fortune teller into a secret room. The space is clearly  bifurcated between the bar and restaurant. There is a kind of old-world charm with rosebud lamps, wood wainscoting, red velvet drapes, and beige tones. One thing that ruins the ambience for me is the decibel; White people talk so loudly.

As you would imagine of hipster bars that service isn’t great, then you’d be wrong. The service is excellent here. We were well taken care of by two female hostesses; our glasses of water were always filled. An (Indian?) guy/bartender  who gave me my drink was chatting amicably with me about Pokemon, seeing that I was catching a Gastly. He said, “It’s my off day tomorrow and I can’t wait to go around catching Pokemon.” The service was great except for a slight overlook. It was Chiobu’s birthday, and they said they would give a birthday cocktail or dessert to surprise her, but there was none. 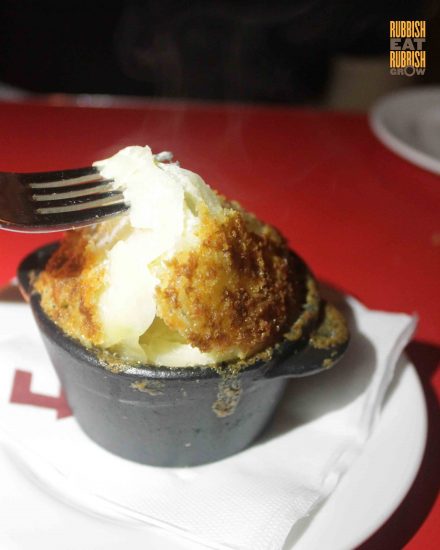 Anyway the food and drinks. The bar is helmed by Steve Schneider, an ex-Marine and star of documentary Hey Bartender (2013). Since Chiobu is a teetotaler, only I had a cocktail. The cocktails start from $25. Huccalyly, who was in her confinement at home, whatsapped, “Wah the cocktails are so expensive. The name of the bar is so ironic. Which employees have so much money? Maybe except the bankers.”

The cocktails are on the sour side; many of them have lemon or lime or pineapple. I tried the Drunken Dragon’s Milk ($26) with interesting ingredients such as Charbay green tea vodka, pandan leaves syrup, coconut cream, and Chinese 5-spice bitter. WHAT?! They use 五香粉 in the cocktail?! It tastes mostly like a sour coconut with an aftertaste of 5-spice. Not too bad.

There is a small menu of two pages for food. The menu is designed by executive chef and partner Julia Jaksia in New York, and it is carried out in Singapore by Maurice Espinoza. Many people ordered the hand-cut beef tartare ($27) as starters but we we opted for the more interesting bone marrow poppers ($15, 3 pieces). The bone marrow embeds in a bite-sized crispy pastry with Bordelaise sauce. It sounds awesome, because bone marrow has the texture of fat, but tastewise, it is a bit bland. 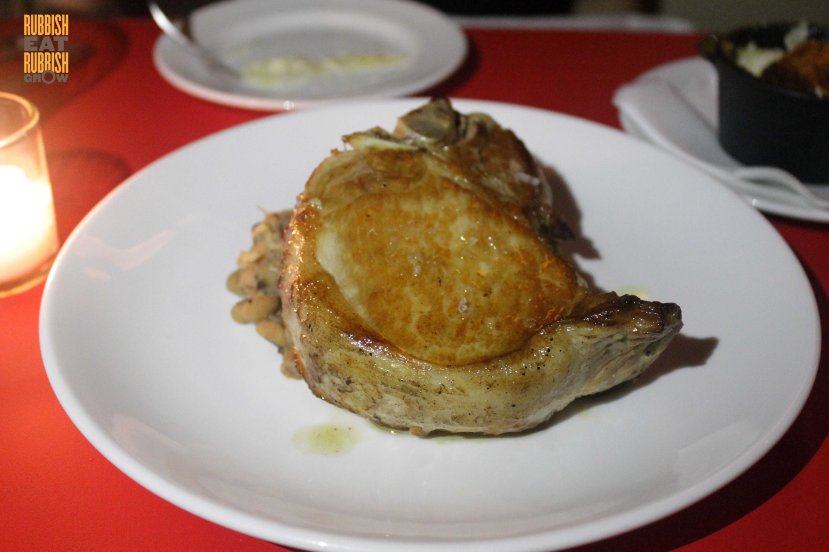 For mains, I wanted to order the 800g bone-in prime ribeye ($130) but Chiobu the birthday woman said she didn’t want to eat so much. The gigantic porterhouse pork chop ($42) is cooked admirably: you can see strata of doneness when you slice it, brown on the surface, then white, then pink, then white and brown again.

The roasted and deboned whole rainbow trout ($38) is slightly fishy but tasty with olive oil. The side salad is appetizing and delicious with shallot vinaigrette. 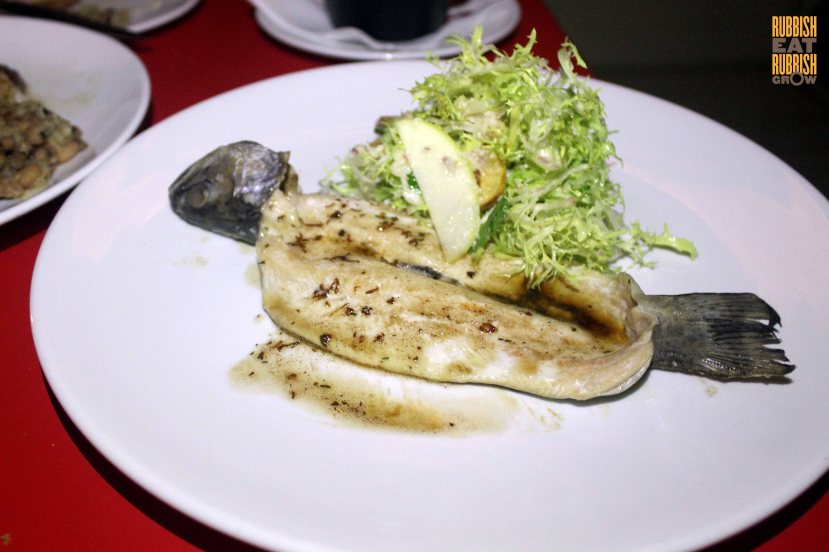 The food is decent but I find that the cooking here doesn’t add much to the food, that is, although it’s good cooking, they allow the ingredients to speak for themselves. This simple food would work if, say, you’re paying top dollars for super premium ingredients like at Waku Ghin or a sushi restaurant. But as it is, there is nothing superior about the ingredients here and hence, there is nothing much to say about the food beyond mere descriptions; I feel like I could cook it at home without much fuss, and I’m just wasting money here.

We didn’t have desserts as we thought the 3 desserts on the menu weren’t interesting. We paid $153 for two persons including a potato gratin ($10).