Un-Yang-Kor-Dai, Boat Quay: Authentic Northeastern Thai Cuisine with a Side of Philanthropy 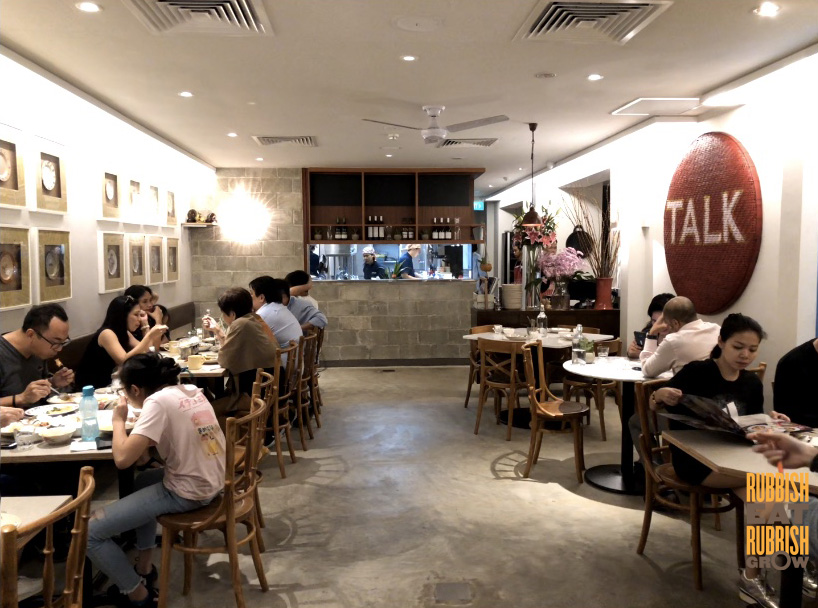 Un-Yang-Kor-Dai, the biggest community restaurant in Khao Yai, Thailand has opened their first outpost here at South Bridge Road. Un-Yang-Kor-Dai, which means “anything goes”, specialises in Northeastern Thai or Isaan cuisine. Driven by a mission to give back to the local community, the founder pioneered this concept so that individuals from various backgrounds can have a platform to showcase their love for the culinary arts. No MSG is added to the food here.

Because of the poverty of the region, Isan food focuses mostly on glutinous rice, instead of non-sticky long-grain rice. Since the region is situated inland, they don’t have much seafood although at Un-Yang-Kor-Dai, they added some seafood to suit Singaporeans’ preferences. Isaan food—most famous for their som tam (green papaya salad) and kai yang (grilled chicken)—is known for its extreme heat and sourness, but here, we thought the food is quite balanced.

For instance, the crispy Spicy minced pork sticks ($10.90) packs a punch. The first bite is a delight, one of the most flavourful meat rolls I’ve ever eaten. You get a taste of the pungent spices first and then the spiciness creeps up on you.

A common staple in Isaan culture, glutinous brown rice ($2), is served in a katip, a handcrafted Thai basket made from bamboo and palm. They serve white rice in Thailand but in Singapore, they use a mix of brown and white for our healthy lifestyle. Traditionally, one is to roll the glutinous rice into a ball and dip the rice in sauce. This is supposed to neutralize the fiery heat coming from the spicy dishes. It is a little hard and perhaps it is better if we stick to normal rice.

The wildly popular som tam has its roots in Isaan cusine. Prepared fresh in the restaurant, the Thai papaya salad with fresh prawns ($13.50) is refreshing and tangy. The green papaya goes well with the crunchy peanuts and slightly tart cherry tomatoes. The prawns are firm and big. Chilli padi nestles in the salad are sneaky and may start a wildfire in your tongue.

The rich and bold broth makes the tom yum fresh prawns with coconut milk ($18.90) very inviting on a cold rainy day. There isn’t much variety in ingredients but what makes this Tom yum stand out is the use of fresh produce such as oyster mushrooms, tomatoes and succulent prawns. Sour with a tinge of sweetness, it is different from other tom yum in that it is more milky. 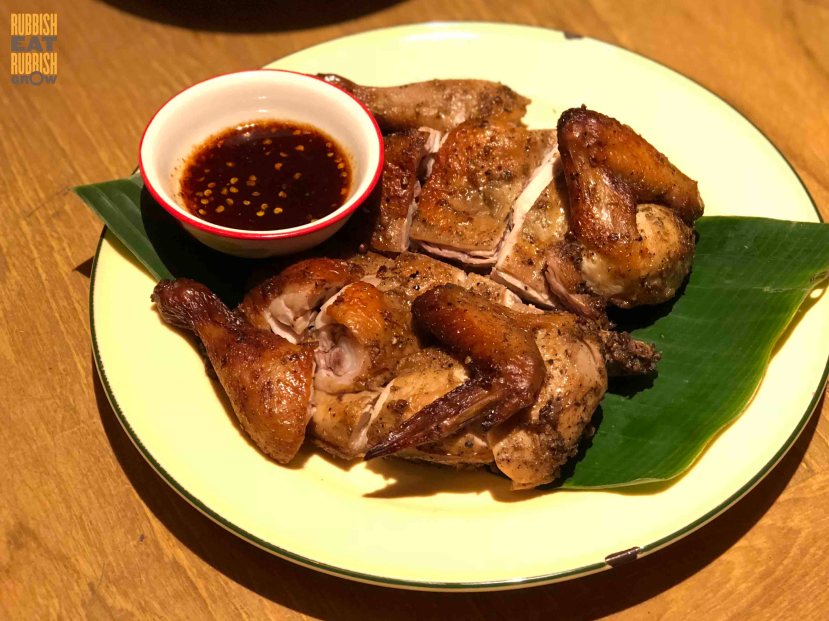 The star of the meal, the PenLaos Signature Grilled Chicken ($21 for whole chicken, $12 for half chicken), is the first thing they sold when they operated as a 3m by 3m takeaway food kiosk at Khao Yai. The spring chicken is tender and very tasty; the meat is well-marinated with a mix of white peppercorn and fresh coriander. Peppercorn may irritate the throat or be overly spicy but here the peppercorn doesn’t do that; instead it adds to the fragrance and gives a nice grainy texture but it doesn’t overpower the chicken.

With the use of a homemade blend to marinate the pork, the grilled pork neck ($12.90) has a good fat to meat ratio that makes it tender without being jerlat. Dipping it into the moreish Isaan spicy dipping sauce (a mix of tamarind sauce, cilantro and chili powder) elevates the dish. I would prefer if the meat is more charred and smoky.

On its own, the deep-fried whole seabass (500g) with premium fish sauce and mango salad ($28) tastes plain. However, it is taken together with the mango salad whose sweet, salty and umami notes enhance the dish. It is also value-for-money. 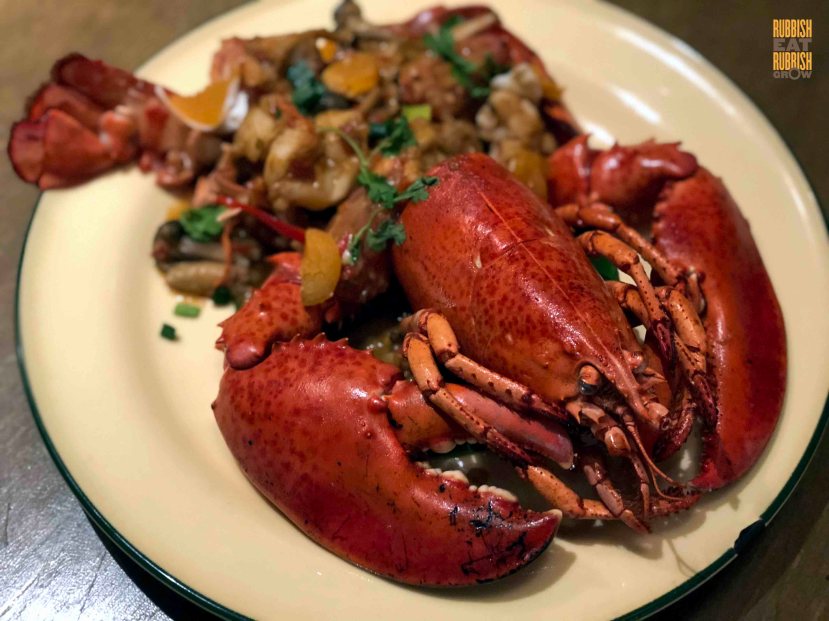 The stir-fried lobster with salted egg sauce ($78) is created for a Singapore audience, and when you cater to other people’s needs, instead of being yourself, it always fails. It is underwhelming and tastes more like non-spicy chili crab sauce than salted egg; we could hardly taste the salted egg. Perhaps if the lobster tastes like it is marketed as “dangerously addictive”, it might justify the hefty price tag.

For desserts, the sweet sticky rice with mango ($9)has a sweet (not tart) mango with a good firm texture and a pillowy soft rice. Toasted mung beans, as done in the traditional way, sprinkled on the warm sticky rice gives it a nice texture. The Thai milk tea pudding ($5.50) is wobbly like the water in a cup in Jurassic Park and has a deep and strong Thai milk tea flavour.

If you are within the vicinity, I recommend coming down to Un-Yang-Kor-Dai for an authentic and reasonably priced Thai food. Furthermore, there is also a feel good factor about dining here as you’re contributing (indirectly) to the community back in Khao Yai. Win-win situation for both the stomach and heart. 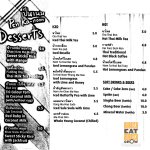