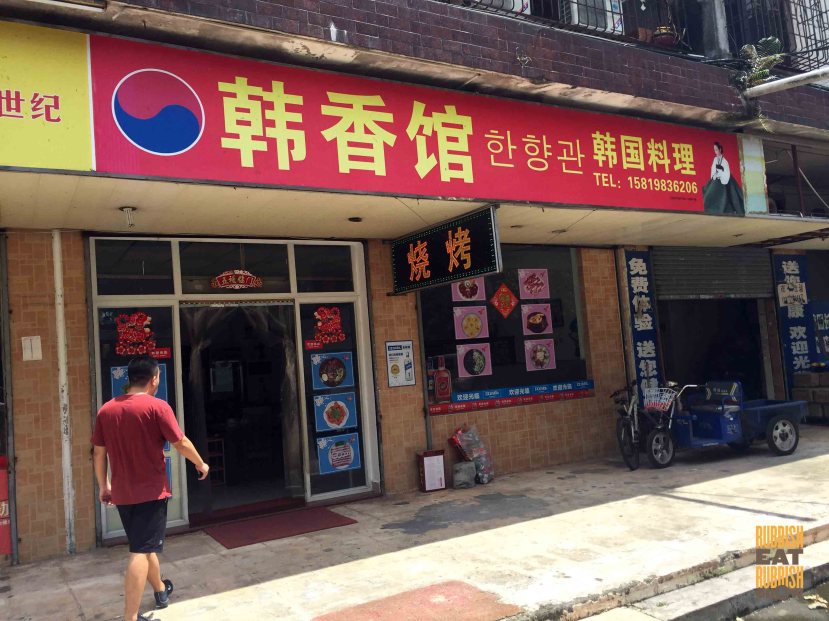 What is special about Han Xiang Guan Korean Restaurant 韩香馆 at the Xiang Zhou District of Zhuhai? My China friend used Da Zhong Dian Ping (大众点评), which is like what HungryGoWhere used to be, an aggregate food review site, and Han Xiang Guan came up top with more than 800 reviews among Korean restaurants.

By coming up top, I don’t mean it is rated the best Korean food in Zhuhai; It is definitely not. It only receives 3.5 stars but somehow the algorithm of Dian Ping makes it come up before the better Korean restaurants. Although there are many types of Korean food,  here in Zhuhai, it seems that Korean BBQ restaurants dominate. And Han Xiang Guan is one such restaurant. 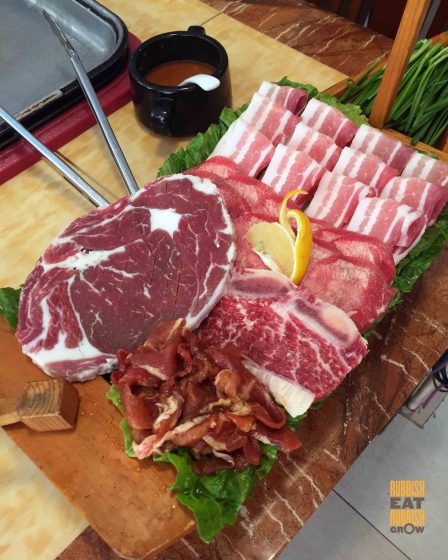 The shop is off the side of a dusty road in a residential neighbourhood and it looks really retro. I imagine this is what a restaurant in North Korea looks like. They have different cuts of meats (pork, beef, chicken, lamb, fish), ranging from ¥25 to ¥45. But I was too lazy to read the menu in Chinese, and so we went for the assorted set (¥188), which is actually good for 3 to 4 people. 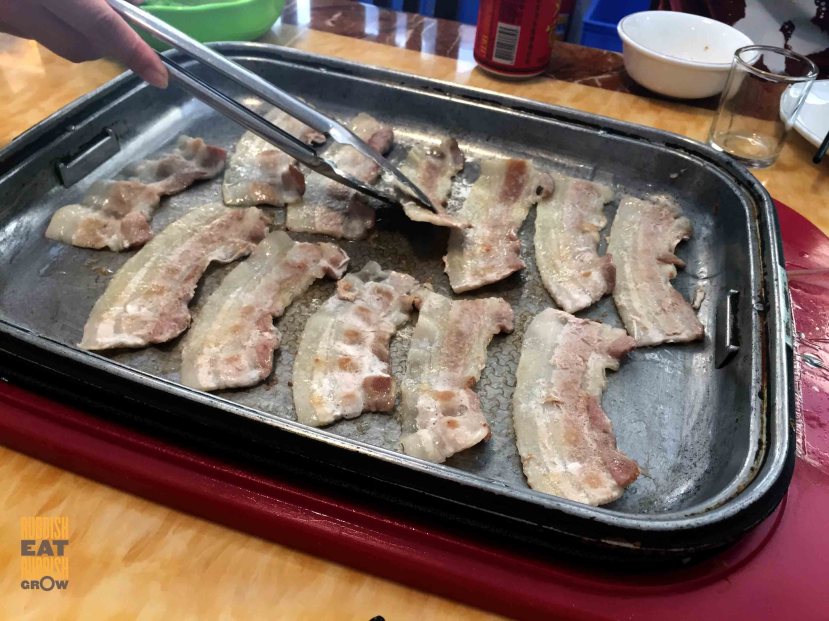 The assorted platter comes with pork belly, beef tongue, steak (sirloin maybe?), beef rib, and marinated pork. Since they are not marinated (except one), they can be quite bland even with the Korean sauce, which is just a sweetened bean paste.

Usually Korean restaurants elsewhere would give a spicy, thick bean paste dip and a savoury soy sauce-based dip to provide two different flavours so that the food wouldn’t be monotonous. But here, they only provide one sauce. 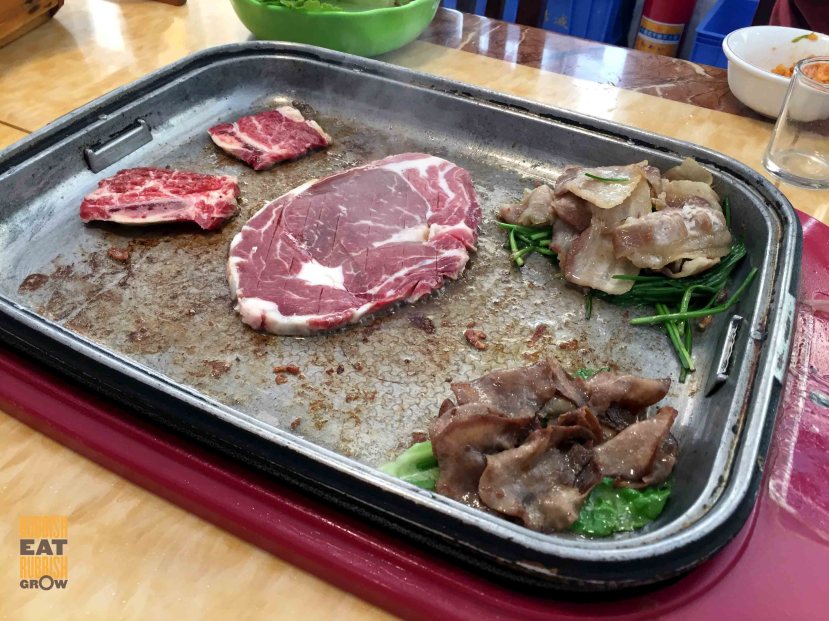 Another thing is that they are using an aluminium plate with electric heat. That doesn’t add to the flavour as charcoal fire can.

That said, the quality of the meats is pretty decent. A nice, clean bite. The marinated pork is marinated sweetly, almost like char siew, which I like, but this isn’t Korean at all and my friend who disliked sweet food couldn’t appreciate it.

Also great is the service as the lady helped us BBQ and instructed us how to eat it. 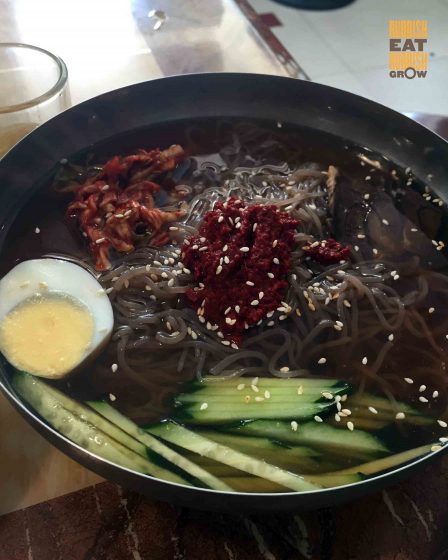 One thing that is really excellent is the buckwheat cold noodles (¥18). It is the second most recommended dish on Dian Ping (after the pork belly). The server said the dollop of chilli is not spicy at all, but I scooped it out anyway, and tasted it, and it was extremely hot. But the noodles are really refreshing and the broth is extremely light. With the crunchy cucumber, this bowl of noodles relieves the heat of the day.

On the whole, the food is not bad, but it really isn’t authentic. It’s the Chinese idea of what Korean food is like. It didn’t scratch my itch for Korean food. We paid ¥245 for two persons, including drinks and a bibimbap. This is rather expensive by China standards.

You may be interested in…
–Shanghai Food
–Bibo, Hong Kong: New French Restaurant Making A Splash

Tagged as: 韩香馆珠海，korean restaurants in zhuhai, korean food in zhuhai