The 122-year-old restaurant, Bar and Billiard Room at Raffles Hotel, has rebranded to BBR by Alain Ducasse. Now that Joel Robuchon has passed away, Ducasse is probably the most celebrated living French chef.

Instead of French food, BBR is Ducasse’s first Mediterranean and grill restaurant and bar in South East Asia. Strictly speaking, the influences are from Portugal, Spain, Italy and France. 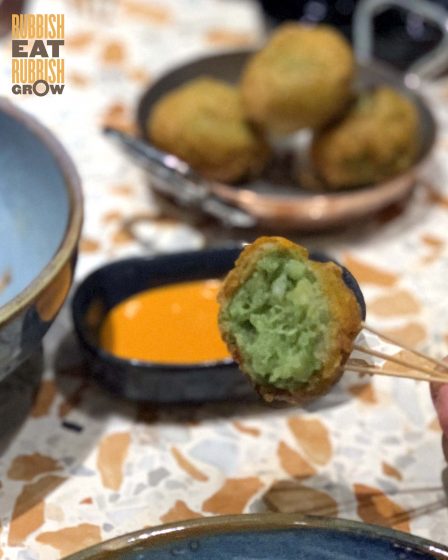 What is interesting about BBR is their casual dress code; they encourage men to be in sports attire (sport tees and berms) with footwear covering toes although when I was there, most patrons (older white men) were in their suits. I felt severely underdressed.

Along with the dress code, the food is also priced modestly, I mean, as modestly as Ducasse’s reputation allows it to be. There is a degustation menu going at $128 but you can order a la carte. Starters range from $9 to $28; mains from $21; and desserts from $9 to $20.

That said, while the dress code and price seem to mimic a high mid-range restaurant, the design of BBR remains classy, a kind of futuristic spaceship meets modern Mediterranean.

For starters, we ordered the salted cod fritters ($15, 5pcs) and octopus ($28). The cod fritters’ greenness is contrasted with the orange-coloured pepper aioli (?)–very pretty. The balls taste a little like our otah, coconuty and spicy, which isn’t a bad thing, but they are too salty. (I know it’s called salted cod fritters, but still, I’m protective of my kidneys.)

The octopus with paprika and olive oil is enjoyable. Tender. It comes with baby potatoes and few globs of pepper aioli (?) and pesto (?). 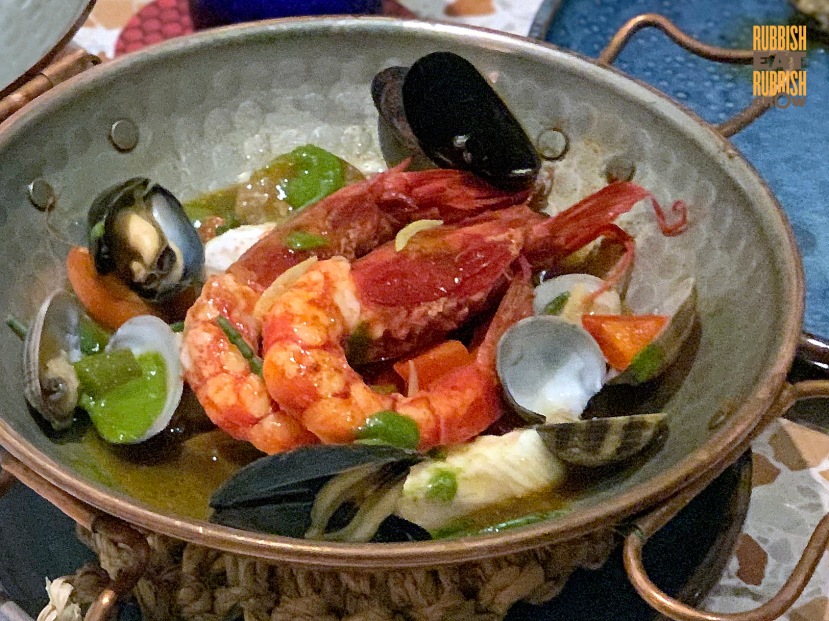 Mains: The Carabineros shrimp stew ($60) is expensive for a small portion but extremely delicious. The Carabineros shrimps themselves are so sweet. The “brain” juices are pristine without that earthy muckiness some prawns possess. The flesh is sweet as first love. The shellfish remains tender (most places overcook them and they become hard). The broth itself is an umami tomato flavour.

If you can splurge a little, get this. 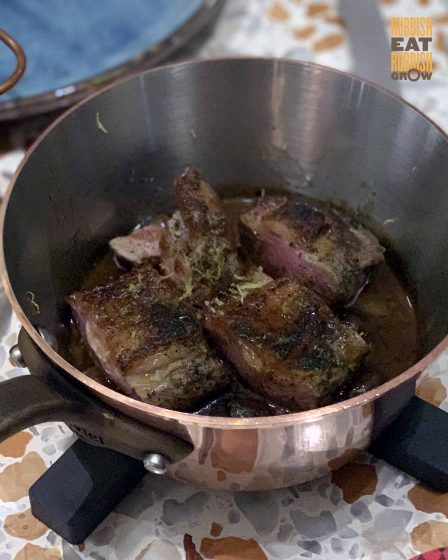 Mains: While I prefer the stew, my sister prefers the lamb ($53) with black olives and anchovies. They recommended it to be medium-rare but it came medium, so it can be just a little tough. It is also a tad under-salted. But the fats are chewy in the best way; the more you masticate, the more umami it gets. 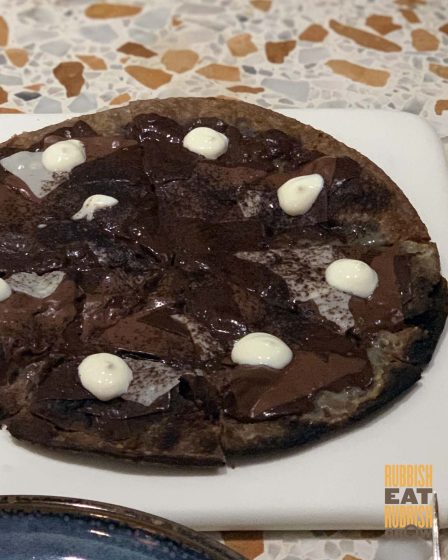 For desserts, the Tropezienne ($12), which the server said is their signature, is a far cry from the Chocolate pizza ($10). The brioche from the tropezienne is dry, and the orange blossom cream tastes like Khong Guang lemon puff biscuit. 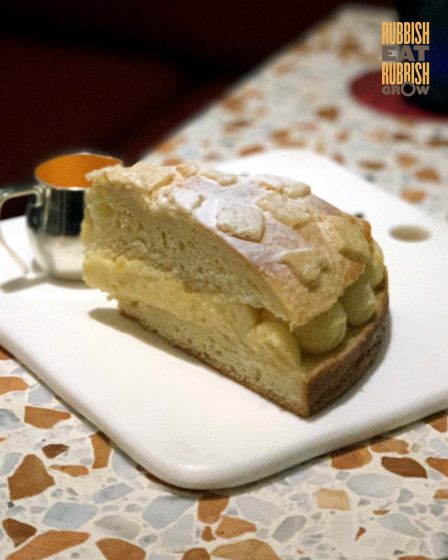 The service is generally good. But there were two hiccups:

1. They ran out of vinaigrette when we were there. They should have gotten someone to cross the road to the fancy supermarket and buy a bottle. It’s not that hard. Bread goes with vinaigrette. It’s essential they have it.

2. It was my sister’s birthday. After the mains, a server came up to my sister and asked, “Are you [sister’s name]?” Then he left. We looked at each other and burst out in laughter. “There goes your surprise cake,” I said. By the way, I don’t understand why he asked about my sister’s name. They didn’t write her name on the cake. They didn’t sing her a birthday song. Also: I think they forgot to indent birthday candles, so no candle on the cake.

Considering that the restaurant is relatively new, these gaffes are more funny than provoking. But hopefully, the management and servers can receive more training.

BBR belongs to one of the characterless restaurants that are ubiquitous everywhere. Taking no risks, but inoffensive. It’s a restaurant that I don’t mind returning if someone suggests it first, but it won’t be me.