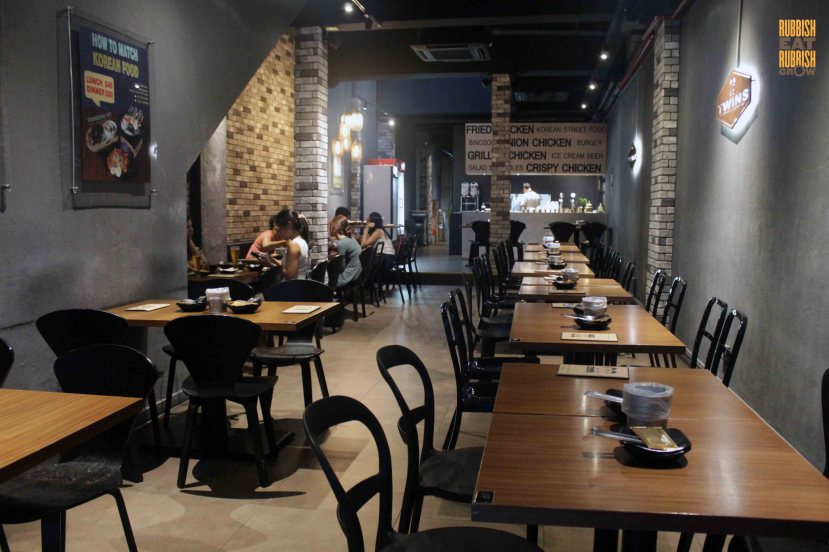 28 year-old twins Park Woo Jae and Park Sung Jae are chef-owners of Twins Korean Restaurant at Tanjong Pagar for the past 2 years. And when we were there on a Tuesday night, the restaurant was almost packed with regulars, mostly Koreans, clearly attesting to their culinary skills. 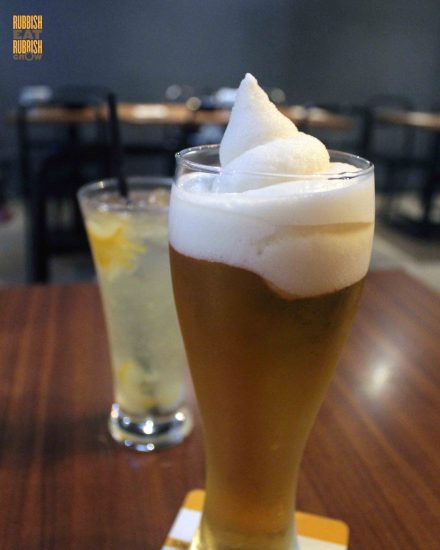 Although the Parks are young, they have been cooking since their teens and possess a wealth of experience at places including Ku De Ta (now rebranded to Ce La Vi) and Fullerton Bay Hotel. At Twins, they take their craft seriously and although they specialize in fried chicken, they offer so much more. They come up with new and interesting dishes regularly. 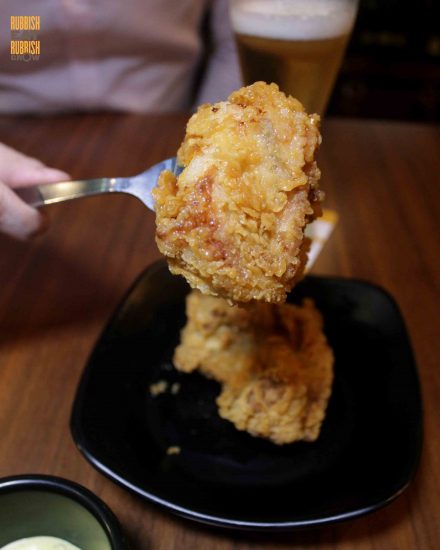 There are 3 criteria for a good fried chicken: (1) the skin should be crispy and not oily; (2) the meat should be tender; and (3) it should be tasty, well-marinated. And the fried chicken here satisfies all three criteria. 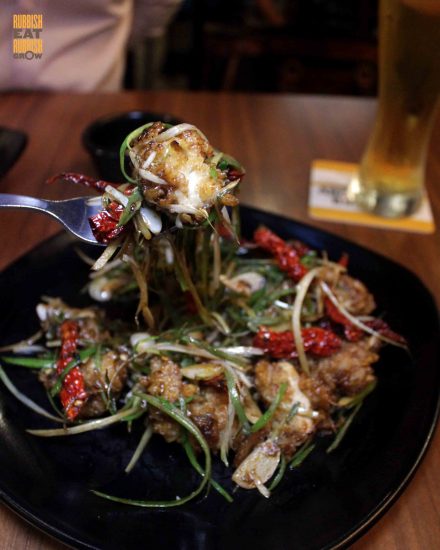 The best and most creative dish we had, soy and lemon kkanpungki ($22/$30, pictured above), consists of boneless fried chicken in soy and lemon sauce, topped with shredded leek and dried chilli. It tastes as if it is inspired by our dried chilli frog leg claypot, only that it is sweeter and less spicy. The crunchy leek adds a delightful pungency to the dish. 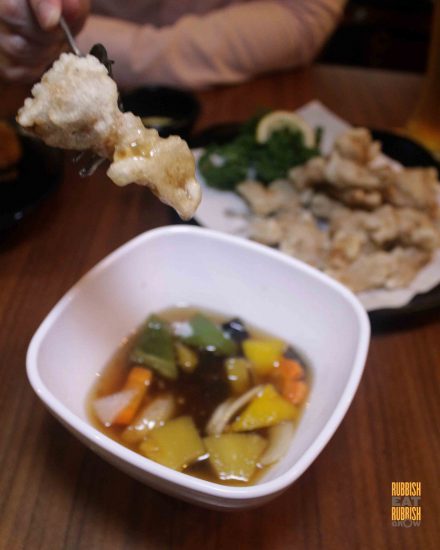 If you pronounce tang soo yook ($23), you may guess correctly that it is sweet and sour pork, using fried pork sirloin. The close proximity of Korea and China means that Korean dishes have much Chinese influence: samgyetang (Korean ginseng chicken soup), for example. If you’ve been to Korea, you’ll notice many Chinese restaurants but these restaurants are run by Koreans, so the food is actually Korean interpretation of what Chinese food is.

Here, this sweet-and-sour pork is true to its Korean roots, that is, it is more Korean than Chinese.  It’s not as acidic and less tomatoey than the Chinese version; it is sweet and almost lemony. Which means it is appetizing, instead of savory. Mr Fitness loves this dish. 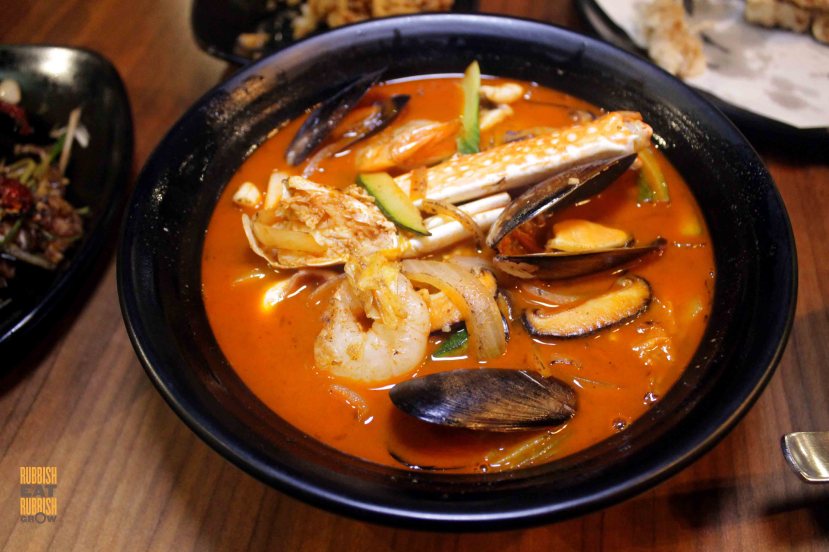 The third must-order dish I recommend is named after one of the twins: Woo Jae’s seafood noodles ($13.90/$16.90). The ingredients are first stir-fried in a wok with huge fire like any Chinese restaurants, before the broth is introduced. As a result, it has a wondrous wok hei charred taste at first, mellowing into a seafood-sweetness and finally, ending with a spicy aftertaste. Simply fantastic. 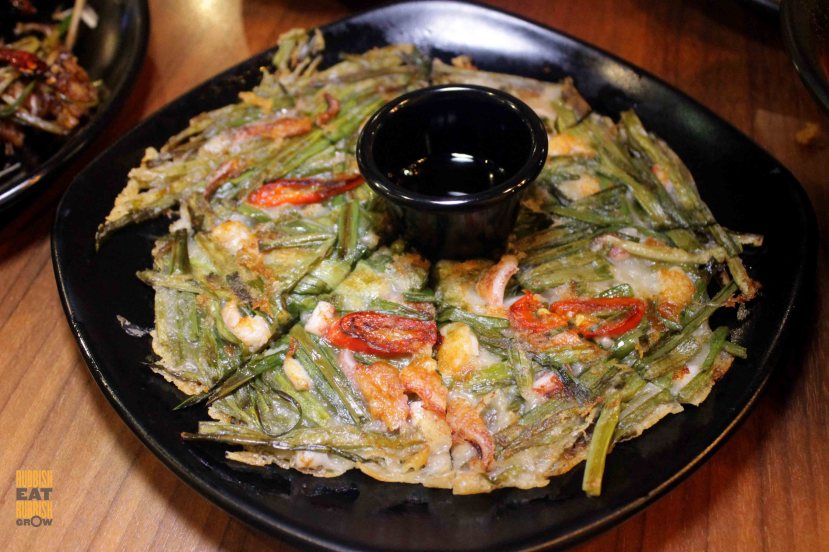 Besides fried chicken, they do have other Korean dishes such as Korean pancakes (seafood $20/ kimchi squid $17) that are thin and packed with leeks, and army stew ($40). The table beside us had kimchi fried rice ($15) that smelled amazing. 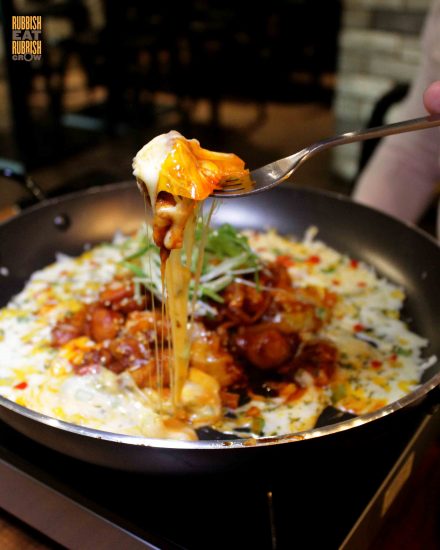 As for new dishes, they have a spicy stir-fry chicken in cheese, which is big enough to be shared among 3-4 persons. It’s not bad, but if you don’t have enough stomach space, just go for their signatures—soy and lemon kkanpungki, tang soo yook, and Woo Jae’s seafood noodles.