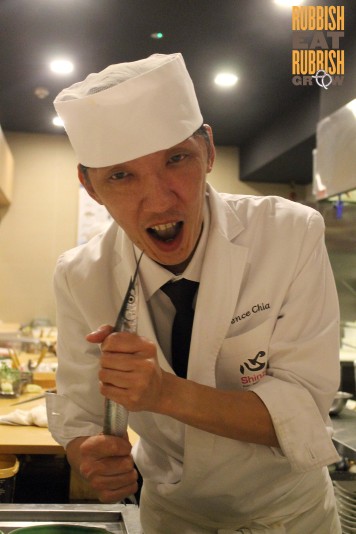 Shinzo (meaning “from the heart”) is the baby of Chef Lawrence Chia with 24 years of experience at top Japanese restaurants like Nogawa, Tatsu, and Hinoki. Interesting fact: he comes from a family of sushi masters, his brother is Chef Ronnie Chia of Tatsuya at Goodwood Park Hotel. 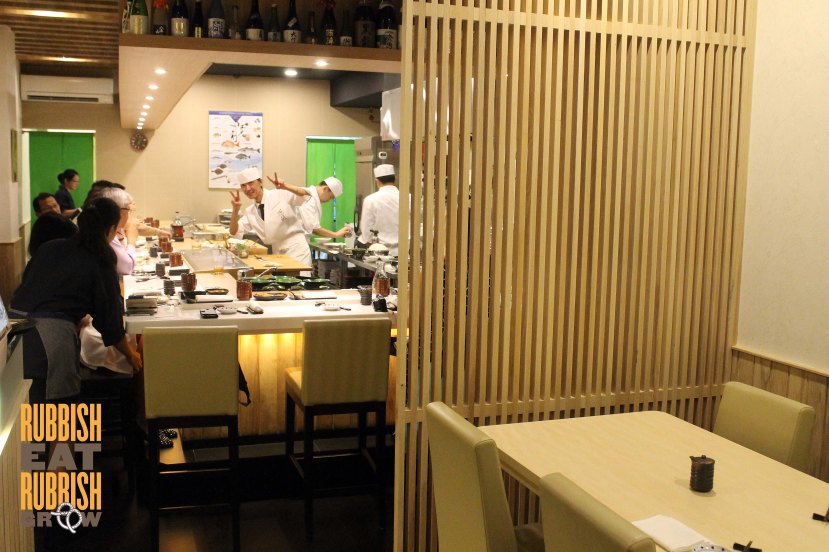 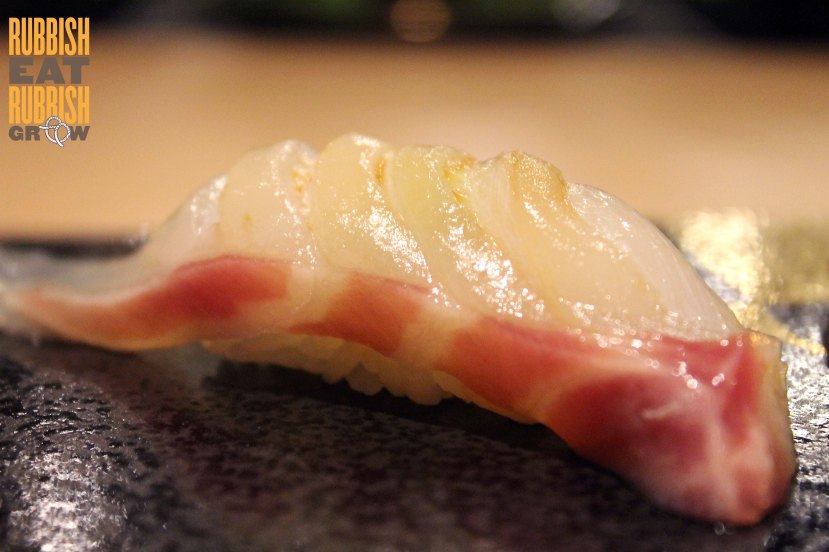 How did I, a shy little flower, start chatting to regulars sitting next to me? Well, it seemed like everyone knew everyone else in this cosy space. If you didn’t, you would by the end of the night. It was full-house on a Tuesday (reservations highly encouraged). Sake never stopped flowing. People, including Chef Chia, inebriated, danced, chatted with random strangers, and raised a ruckus. The boisterous atmosphere was like a gathering of old friends, like Hobbits at a revelry, like medieval knights at a drunken fest. 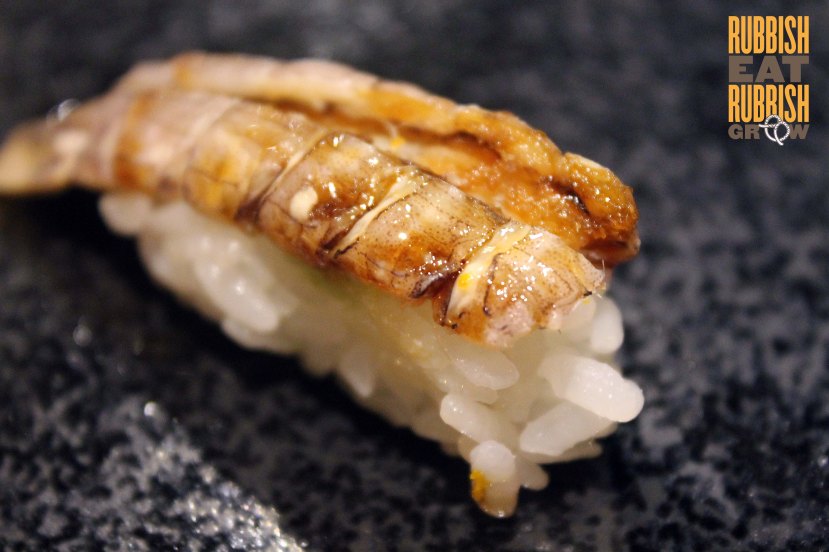 A drunk social butterfly Chef Chia went around hugging every customer. He joked, “I’ve been drinking since afternoon. The more drunk I get, the thicker the sashimi, because I fear chopping my own fingers off!”

My friend whispered, “I’ve never seen a drunk chef.” Neither had I. 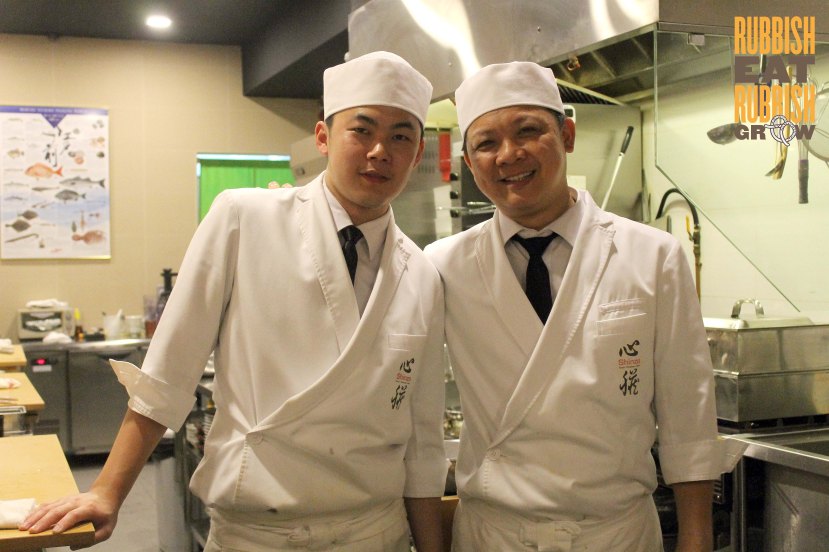 Luckily, Chef Chia was like most artists: they made good art when high. Assisted by his two chefs, Hayden (left) and Simon (Chef Chia specifically instructed I must mention them), the omakase set ($168+) started off average, but crescendoed, until there was a feeling of umami bliss. BANG! (Get it? End with a bang?) 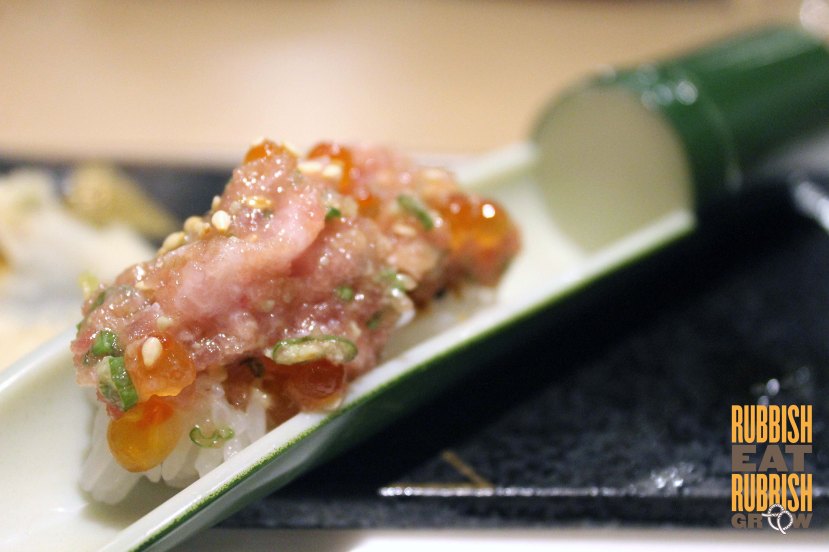 Omakase normally starts with sashimi and cooked dishes, and moves on to sushi and when you receive a bowl of soup, it is the penultimate course before desserts. Shinzo follows this tradition.

There were several things I liked about Shinzo’s omakase: 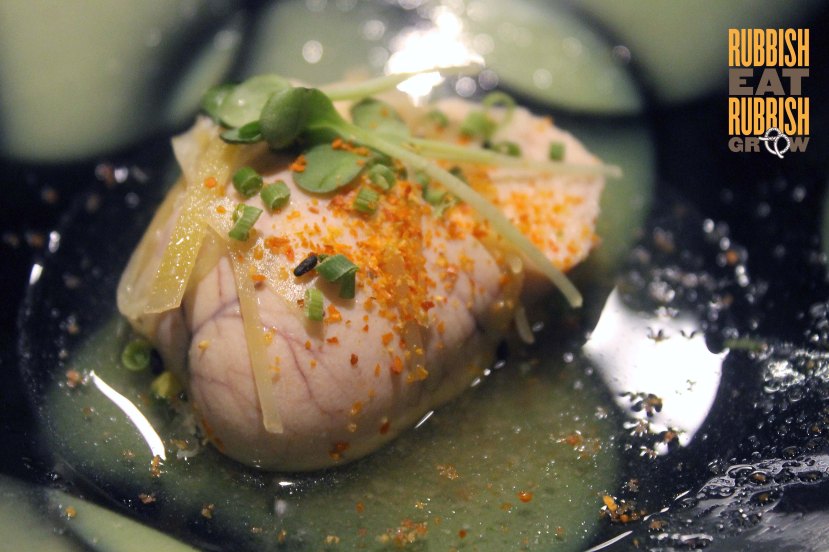 (1) It was cheeky. Pairing Tai seabream ovary (above) with Tai shirako seabream sperm (below) – I might get pregnant with little seabream swimming in my tummy, I might be a TaiTai. The ovary tasted of iron and had a powdery texture that I couldn’t appreciate, but the seabream sperm was different from the one I had in Tokyo. I couldn’t stomach the Tokyo, but this one tasted like cockles swimming in a thick gooey dashi, spiced with wasabi. 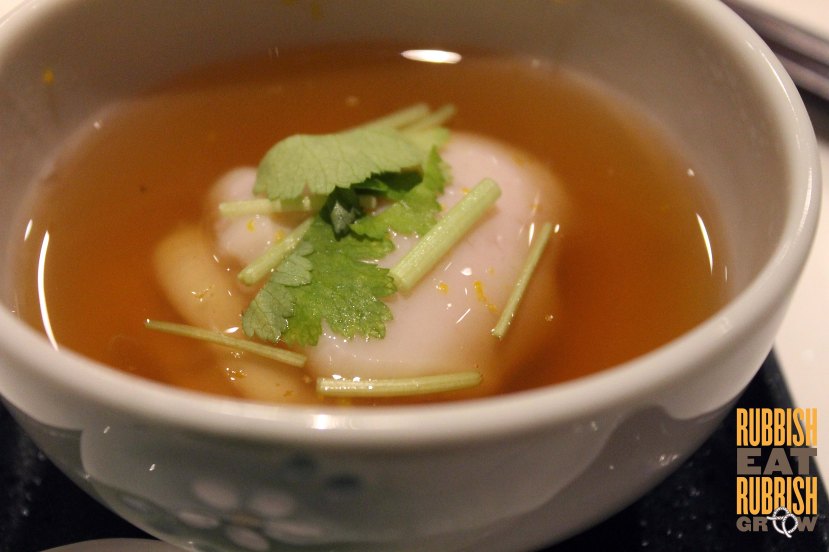 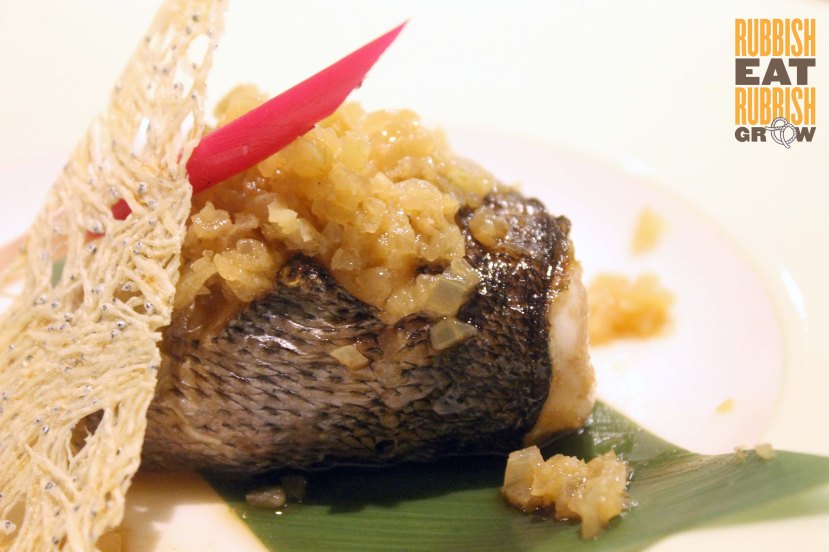 (2) Seasonal seafood. Really enjoyed the grilled isaki (grunt fish), that tasted slightly like cod fish, but with a sardine-like texture. Although I’d like the skin to be grilled char and it was slightly fishy, the caramelized buttery onions covered the fishiness. 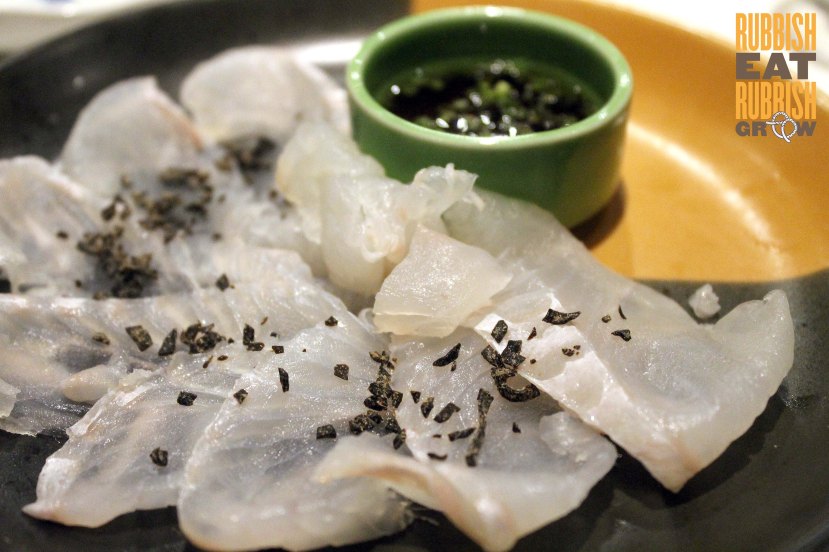 (3) Delicious. Every dish had a certain standard but the best were the sashimi and sushi. The Hirame flounder sashimi, topped with shio kombu (salted seaweed), came with an extremely aromatic truffle soya – hard to beat. But it was the sushi that got me, it had a lightness of touch, ethereal. A feeling of shuteyed bliss. Umami. Next time, I’ll come and just whack the sushi.

ps: thanks, Amanda, Lawrence et al, for the hospitality.