When I visited 20F cafe in December 2015, I asked, “Can you last for a year? I want to put you on my Best Cafe 2016 list.” And they said, of course, of course, and then they closed down after 6 months or so of operations, proving how cutthroat the cafe business can be.

On the other hand, for the first 9 months of 2016, there are at least 100 new cafes, according to Daniel Food Diary’s very helpful listing. That’s about 11 cafes opening in a month, or 1 opening in every 3 days. No matter how saturated the cafe business is, people will still venture into it, some out of passion, some out of passion for Yusof Ishak.

We visited many new cafes that open this year but most of them did not make it to this list; The established cafes, however, gain strength from their experience.

Although new cafes may not make the cut, cafes in general have upped their game in order to survive. Instead of same boring dishes like eggs ben, cafes nowadays offer at least one or two interesting items on the menu that differentiate themselves from other cafes.

Furthermore, many new cafes this year focus on one single item, choux or eclair or cake or coffee. This focalization makes the cafe outstanding in an area. It is a smart move to concentrate on one area at a time like some cafes on the list that started with coffee or cakes, and expanded into savory food. However, we prefer to have a rounded experience, complete with savory food, desserts, and beverages, therefore we didn’t include these new cafes on the list.

It is not intentional that the 10 cafes listed here present a wide range; there are a halal cafe, a Japanese cafe, a French cafe…, demonstrating that a good cafe begins with a good idea of what it plans to become. The #1 cafe on the list opens this year, and shows how, in the saturated market, it creates a space for itself—by being the best. 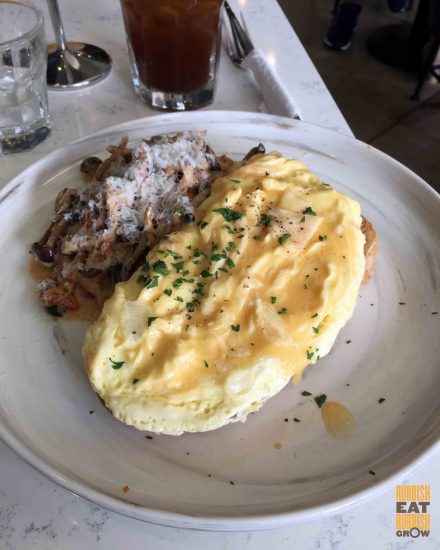 Atlas Coffeehouse is opened by the people behind the now defunct Assembly Coffee, and their experience has put them in good stead. The food is the ubiquitous “bowl” concept, that is, it consists of  assorted ingredients, like a salad, but the main focus is a protein. Their bestseller, Atlas Super Bowl ($18), is a quinoa salad with spinach, sundried tomato, baked squash, zucchini, shimeiji mushroom, and peanut sesame pulled chicken. 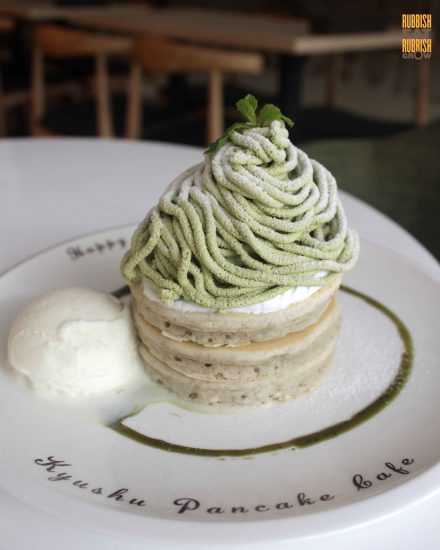 Kyushu Pancake Cafe is the first southeast Asian outpost of the Japan’s shop. Everything, including the jams, whipped cream, and wildflower honey, is made in-house. Even the pancake mixture is hand-churned, not mixed with machine. The pancakes have an Asian flavor, and might take some getting used to. Also try the French toast, which received favorable reviews. 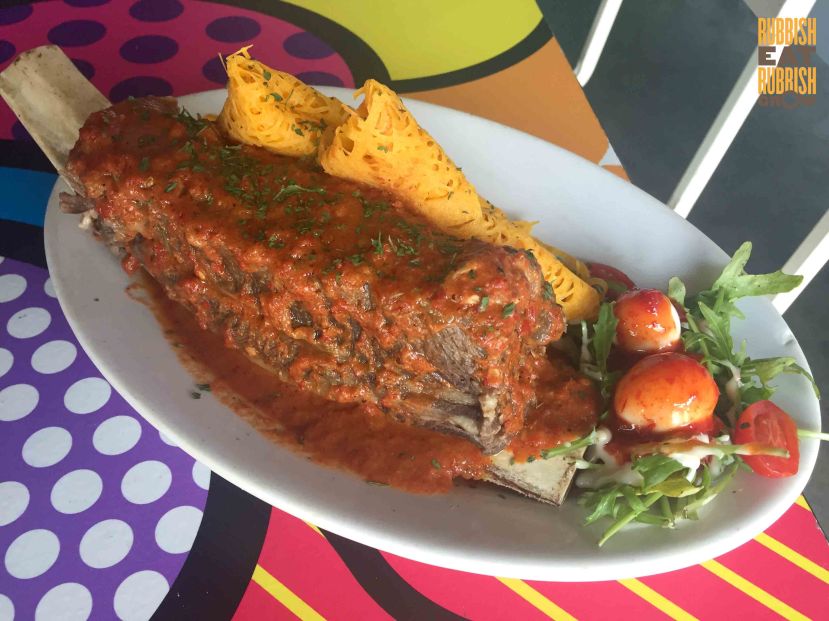 The Malayan Council, a halal cafe, has a concept that is vastly different from other cafes. The chef used to work for PS Cafe and his experience puts him in good stead. The cafe combines Malay ingredients with Western cooking, creating their own brand of food. Although the food is expensive, it is tasty. Recommended: beef ribs ($39), slathered in a secret sauce that tastes like a sweet rendang. 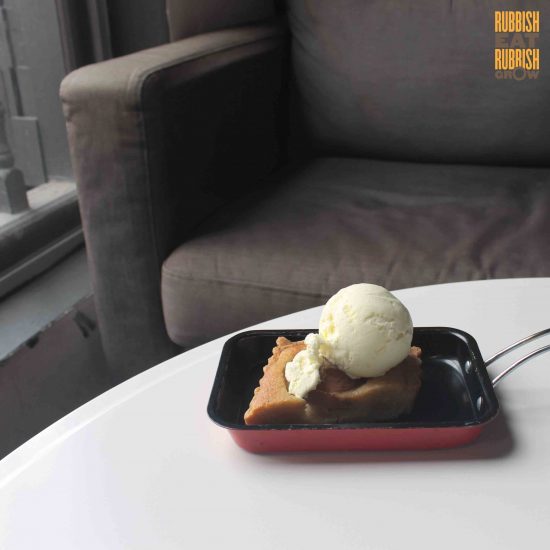 We have been going to The Loft for more than a year. In that year, the cafe has trimmed the menu, making the food more focussed, and more delicious. There are some blogs that say they serve the best waffles and shibuya toast. No. Go for the homely apple pie. They bake it 3/4, and when you order, they stick the pie back into the oven to complete the baking. As a result, aromatic, piping hot homely apple pie. 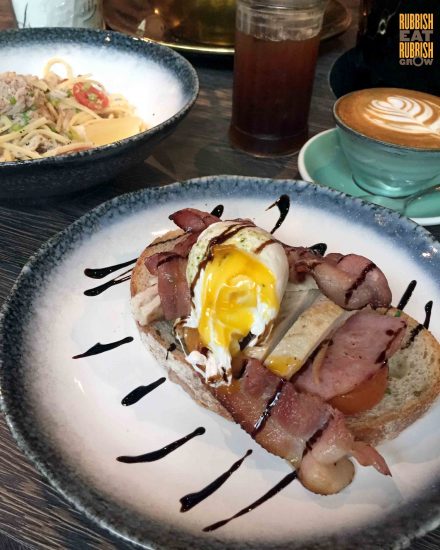 The years of experience has put La Ristrettos at an advantage; their food menu is extensive. Although the food is simple, it is executed with care. One major selling point of the cafe is the charming decor: wood and bricks make the small cafe cozy and homely. 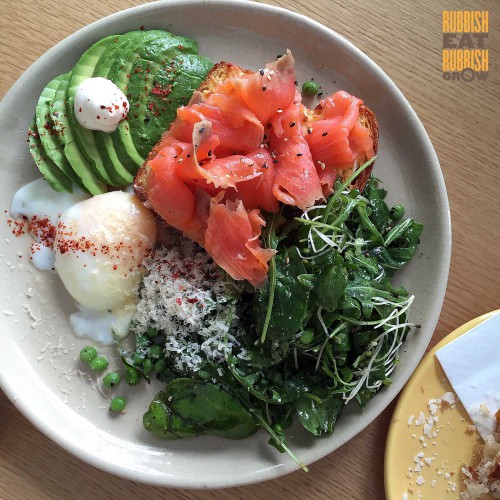 I like a cafe to have a kitchen that is able to cook a variety of food; Brawn and Brains doesn’t have that. Most of the food is prepared in advance and assembled. But there is much heart and attention to details. The ingredients used are of good quality, and where there is space for innovation, they create. The space is beautiful, almost like an Australian cafe. 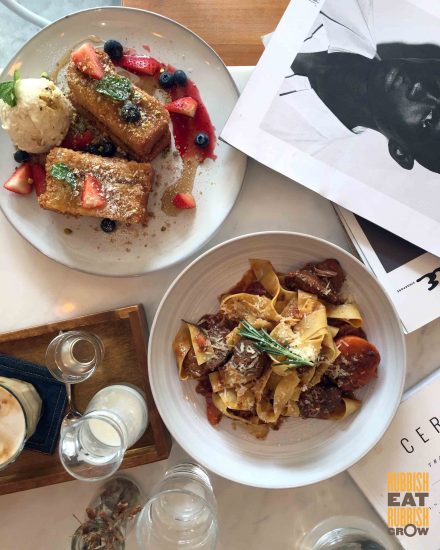 Fuel Plus+, the sister cafe of Refuel Cafe, serves Asian-inspired and classic brunch menu at a relaxing setting, decorated like a Scandinavian cafe. The menu has virtually all the egg items you can expect, as well as several interesting Asian-inspired dishes like soft shell crab curry ($17), tom yum seafood pasta ($16), and soft shell crab burger ($15).  The food is generally delicious and the surroundings conspire to slow time down. 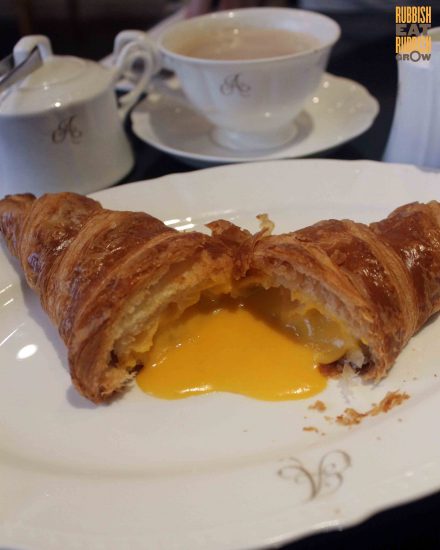 What I like best about Antoinette is that Chef Pang Kok Keong is relentlessly innovating and evolving the menu. When the salted egg yolk croissant fad started, he was among the first to pick on it; Straits Times voted it as the best in Singapore. And the cheese tart craze came, he too created his own. The spirit of constant striving is admirable, made even more admirable when the results turn out delicious. 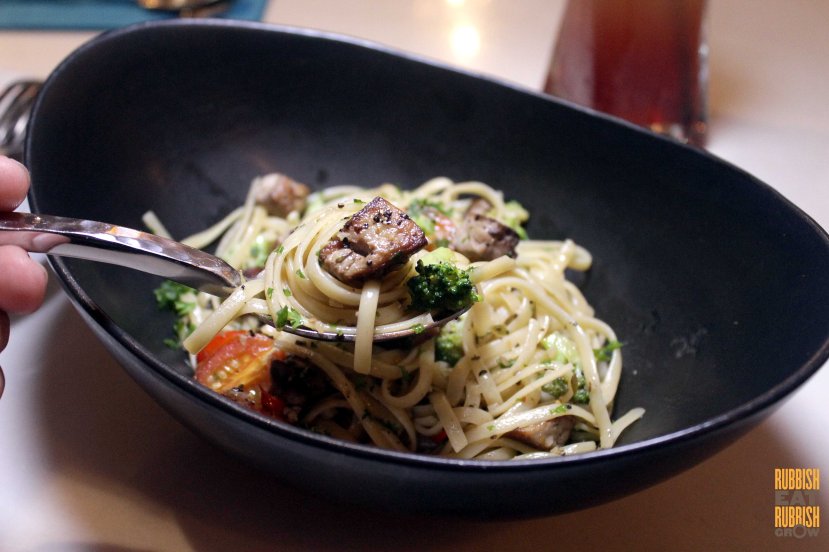 Mad about Sucre defies definition and isn’t really a cafe; it is more like a restaurant-patisserie, a restisserie. It started as a patisserie in 2015 and did not get into the Best Cafes 2015 because it did not serve savory food. (My criteria for a cafe is that it has to serve both savory and sweet food.)

This year, they added a savory menu and it is gorgeous. They personally flew to Europe and sourced for ingredients, and when they were unsatisfied with the ingredient, they flew to another country to find it. That’s dedication. The European-inspired food is expensive but they created a clean, unique and refreshing take, not to be found anywhere else in Singapore. Needless to say, the desserts are superb too. 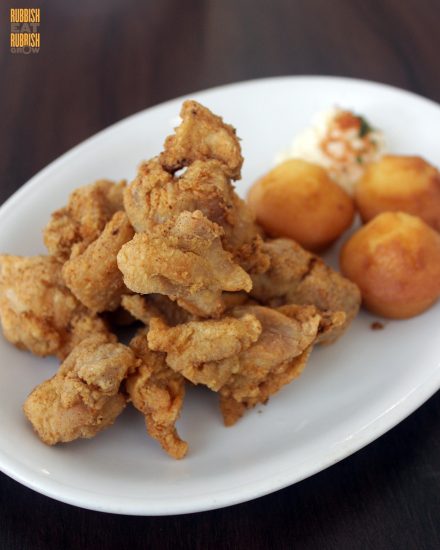 Everyone who has been to the American-inspired South Park Union told me that it is as fantastic as the experience I had. Chef Terence Chuah has worked at some of the best fine-dining restaurants in the world such as Les Amis, Jaan, Mugaritz (then 3rd best restaurant in the world, holding the sous chef position), and Narisawa (best restaurant in Japan). There is a great positive vibe and so much heart here; the young team, which comprises graduates from Culinary Institute of America, makes everything from scratch. That may explain how superior the food is. Order the homemade pastas and butter honey chicken.